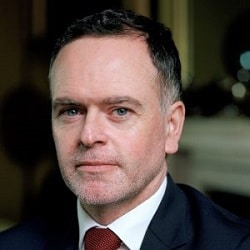 Scott: Time has come to focus on our respective paths

The High Court has told well-known law firm Schillings and a former partner to sort out their ongoing dispute over his departure through arbitration.

Mr Jeremy Cousins QC, sitting as a deputy High Court judge, refused to grant the London firm’s application that Christopher Scott be ordered to comply fully with an interim injunction obtained by the alternative business structure last year – he said he already had.

Schillings was well known as a media law firm that has in recent years transformed into a wider reputation management business that encompasses both legal and non-legal services.

In May 2018, Mr Justice Norris granted the injunction and ordered that Mr Scott hand over details of his dealings with clients and others over the previous six months.

The dispute was referred to arbitration in February 2019 under the provisions of Schillings’ LLP agreement, although no arbitrator has yet been appointed.

Mr Cousins explained: “Schillings’ fears were… that if Mr Scott’s compliance with his obligations were not enforced, there would be difficulty in quantifying loss suffered as a result, and that there was a ‘serious risk of losing [a number of important] clients’, such that ‘damages are not an adequate remedy and it is necessary for urgent action to be taken to prevent continued breaches and to protect [Schillings’] business’.”

Mr Scott denied the alleged failure to comply, and argued that any disputes should now be dealt with in the arbitration.

In his ruling last year, Norris J explained that Mr Scott had a particularly close relationship with one client, referred to only as Client X, who was the source of “very substantial fee income” for Schillings.

“This was dependent to a very significant extent on Mr Scott’s personal relationship, but it also required for its proper performance the involvement of significant numbers of Schillings’ staff.

“There came a time when Mr Scott decided that he no longer wished to service this client within the confines of the LLP, being more attracted to providing high-level strategy… leaving Schillings to deal with the operational issues which arose out of this strategic high-level advice.”

Mr Scott gave notice of his intention to leave in November 2017, but negotiations over how the relationship would work did not pan out and Schillings reverted to the terms of the LLP agreement to govern his departure.

As a result, Mr Scott was suspended on 29 March 2018, but he disputed the validity of this move – saying he no longer continued to be a member of the LLP and there was an agreed leaving date of 4 April – and of the restrictions placed on him as a result, such as not using the firm’s systems and not contacting clients.

Schillings eventually decided to seek the interim injunction, especially in light of discovering that Mr Scott had a personal email account through which he had been in contact with Client X and possibly others.

Granting the injunction until 30 May 2018, Norris J said this was “such a serious breach (and indeed Mr Scott says in his evidence that he deeply regrets it) that it raises a justifiable suspicion that the whole truth as to this matter has not emerged”.

He ordered Mr Scott to give “a true account of all his dealings relating to the business and affairs of the firm since 30 November 2017 with clients, prospective clients, referrers and introducers of work”.

The order also recorded that Schillings had given an undertaking to the court to activate the arbitration provision in the LLP agreement.

Schillings alleged in the latest application that Mr Scott had failed to provide all of his communications, which Mr Scott disputed.

In a witness statement, he suggested that the application was instead “an abusive attempt to sabotage” his new business.

The judge said that, at the time the proceedings began, “there was quite clearly an urgency in the case, because… Mr Scott had newly established a venture, at a time when there was a serious issue to be tried as to whether he remained a member of Schillings, and it was necessary to safeguard against a springboard advantage”.

However, he noted that the original application was made on the basis that Schillings would start the arbitration process “as expeditiously as reasonably possible”.

Mr Cousins continued: “Any such urgency has long since dissipated… The absence of urgency alone would have been fatal to the present application since the element of urgency is a requirement for the exercise of the relevant jurisdiction.”

There were other reasons too. He was “not satisfied that there is any proper basis for finding that the order sought is necessary for the preservation of evidence or assets”, while seeking documents and an account of dealings were remedies Schillings could claim in the arbitration.

Mr Cousins added that, even if he thought the court had jurisdiction to deal with the ongoing dispute, “it would be wholly wrong” to exercise its discretion, as it was now for the arbitrator to handle.

“Whilst in May 2018 it was appropriate for Norris J to exercise powers under section 44 [of the Arbitration Act 1996], the landscape has now changed… an arbitrator can be appointed readily, any springboard advantage is spent, on any view the account has been provided, even though there is a dispute as to how satisfactory it has proved to be.”

The judge also declined to set out his view on whether Mr Scott was in breach of the order.

In a statement to Legal Futures, Mr Scott, now co-founder at Mayfair-based Himsworth Scott, said: “I am grateful to the court for ruling against Schillings in this matter, but I left well over a year ago now and the restraints and restrictions which I complied with have since expired.

“The time has come to focus on our respective paths – in my case the continuing growth and exceptional people and clients of Himsworth Scott.

“I had an enjoyable 13 years promoting growth and change at Schillings and, despite the firm’s decision to litigate against me, I wish my former colleagues well.”