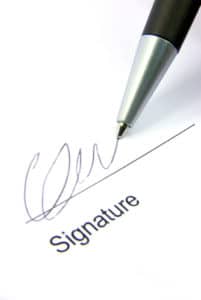 Agreement: contract signed when solicitors knew they could not comply with it

The High Court has overturned a decision by the Solicitors Disciplinary Tribunal that cleared two solicitors accused of misusing £573,000 lent to their law firm by the controversial Axiom Legal Financing Fund.

David Fenton Wingate and Steven Edward Evans, who are the partners of Manchester personal injury firm WE Solicitors, and were cleared in part because they relied on assurances given to them by Richard Barnett, who was subsequently struck off himself for misusing Axiom money.

As in all of the disciplinary cases involving the Axiom fund, the case turned on the funding agreement between Axiom and the firm, the aim of which, on its face, was solely to fund PI cases but which was varied orally to allow other uses.

According to a Lawtel report of the ruling – a transcript of which has not yet been published – Mr Justice Holman found that there had been errors in the tribunal’s reasoning.

The report said: “The result and effect of the errors was that it had not asked itself whether it was professional misconduct for a solicitor to sign a contract when he knew that it was not what was agreed and he could not comply with repayment.

“The written contract was a sham and a contract for borrowing such a large sum of money should not be signed by a solicitor lightly. The public confidence would be undermined if it knew that a solicitor had signed a sham contract. The court found that [Mr Wingate] lacked integrity in breach of principle 2.”

Both solicitors had also “demonstrated manifest incompetence”; as a minimum, Mr Evans should have read the funding agreement signed on the firm’s behalf and was under a duty to take basic steps to check the correctness of the loan. Further, the pair had not run the firm properly, in breach of principle 8.

A spokesman for the Solicitors Regulation Authority said: “We welcome the decision by the High Court, but cannot say anything further until the hearing is concluded in February when sanctions will be delivered.”