Judge: Investor who lost pension was not law firm’s client 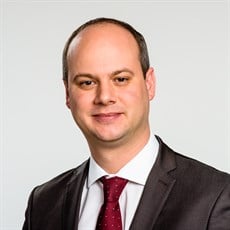 A man who lost his pension after investing in self-storage pods with disastrous results was not the client of the law firm who advised on it, a judge has held.

His Honour Judge Robinson said he accepted that the Hetherington Partnership, closed by the Solicitors Regulation Authority in 2017, “must have known that the claimant was the person putting up the money to fund the transaction”.

He went on: “I also accept the point made that, but for the necessity to conduct this pension investment via a SIPP [self-invested personal pension] wrapper, it would have been the claimant who was the direct client of the defendant.

“However, in my judgment, these facts do not result in the claimant becoming the client of the defendant, be that direct client or indirect client.

“Counsel for the claimant urged me to look at the reality and not the legal form. I respectfully decline the invitation. I conclude that the claimant was not the client of the defendant.”

Sheffield County Court heard in Horton v the Hetherington Partnership that John Horton was aged 50 when he began to receive cold calls from a company offering him the opportunity to buy and rent storage pods.

Mr Horton said he was attracted to the investment because there was a guaranteed rate of return and he had the option to sell the storage pods back to Store First for the original purchase price.

He had a defined benefit pension scheme worth £103,000. The vehicle for the investment was a SIPP, with Stadia Trustees as his SIPP trustee.

Mr Horton paid over £98,000 for seven storage pods. He claimed the pods were “essentially worthless” and sought damages of more than £150,000. Store First was wound up and Stadia is in liquidation.

“The claimant says he is the victim of a scam,” the judge observed. “He may be right.”

In evidence, Mr Horton said Stadia had asked if he was going to instruct his own solicitors or “use the brochure solicitor”, Hetherington.

The judge recounted: “He said he told Stadia that he would use the brochure solicitor ‘because they were cheaper – unbelievably so’.

“His explanation for not seeking any independent advice was: ‘I assumed the solicitor would thoroughly check the contract out and cross reference the brochure terms to make sure I was getting the benefit of what was being advertised.

“Hetheringtons were in the brochure. It was said that they had extensive knowledge of the product.”

Mr Horton said Stadia told him it had paid the law firm £666 for its work on the transaction. The firm was wound up in 2019 following an application by HM Revenue & Customs.

HHJ Robinson said the claimant argued that he was the client of the Hetherington Partnership “via Stadia acting as his agent”, and even if he was not, the law firm owed him a duty of care.

Mr Horton argued that the law firm had been negligent in failing to advise him about a number of aspects of the scheme, such as failure to explain the legal effect of the documents he was asked to sign.

The judge was unpersuaded by the argument that various references to ‘client’ or Mr Horton specifically in the documents meant he was the client – these references were simply to identify him as the particular investor on this transaction.

HHJ Robinson held that Mr Horton was neither a client of the Hetherington Partnership, nor did it owe him a duty of care.

The judge described as the “elephant in the room” the question of whether the law firm should have sent copies of its report on option and report on sublease to Mr Horton.

“In my judgment there was no such duty. Any duty to inform the claimant of the contents of the reports rested with Stadia.

“There is nothing to suggest that the defendant should have been on the alert that Stadia would not pass on relevant information to the claimant who was, after all, Stadia’s client. I cannot speculate why Stadia did not pass on that information.”

HHJ Robinson found that, in any case, the law firm had not been negligent.

“I have concluded that there was in any event no duty on the defendant to send any of these documents to the claimant. Any duty that there may have been to inform the claimant of them lay with Stadia.”

Ben Parks, the professional indemnity partner at BLM who advised the defendant, said: “There is an important lesson for law firms here. It’s crucial in claims against professionals to get the claimant right…

“The most pleasing part of the judgment, however, is the fact that what advice was given by the law firm was held by the judge to be clear and written in plain language and so discharged the duty of care to their client the SIPP trustee.”