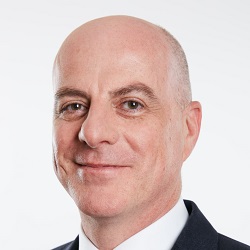 The way a solicitor went about preparing a £100m will was “reckless and quite possibly dishonest”, the High Court ruled yesterday.

Mr Justice Michael Green was excoriating in his assessment of Daniel Curnock, who he found had not told the truth to the court about his relationship with claimant Louise Reeves.

She was trying to uphold the validity of her late father’s 2014 will, which represented a huge change from one made in 2012 to her benefit. Mr Curnock drafted both of them.

“One might have thought that the involvement of a solicitor would strengthen the presumption of validity,” the judge said. “In this case it is quite the reverse.

“The way that Mr Curnock went about the preparation of the 2014 will was not merely incompetent; it was reckless and quite possibly dishonest.”

While it “could be said that if this was a fraud on the deceased, then those involved would likely have done a better job of it”, the judge said Mr Curnock must have thought that the incomplete will file he had when preparing his first witness statement contained all the necessary documents for proving the 2014 will.

However, his notebook, various emails and records of telephone calls and texts later came to light “which wholly undermined his carefully put together story that there was no prior relationship with the claimant, that she had no involvement in the will making process and that his attendance notes were accurate”.

Green J said: “I have paused to consider why Mr Curnock would have done this and why he has continued to support the claimant by giving untruthful evidence before this court. There could be serious consequences for him as a result of my findings.

“But it would not be right for me to speculate on this, particularly as the defendants do not allege and do not seek to prove that there was a fraud or conspiracy between the claimant and Mr Curnock.”

Green J described the testator, Kevin Reeves (also known as Frain) as “an extraordinary man who during his life built a fortune of up to £100m from nothing”, mainly from property.

His unexpected death in 2019 at the age of 71 unleashed “a bitter feud between his children and grandchildren” that culminated in a three-week trial involving 49 witnesses.

The most significant element of the 2014 will was that Ms Reeves received 80% of her father’s residuary estate, and her half-sister the rest. The 2012 will had split the 80% equally between those two and Mr Reeves’ son, Bill, with the 20% going to his grandchildren, the offspring of his other, estranged, son.

At the time, Mr Curnock was head of the wills and probate department at Southampton law firm Christopher Green McCarrahers (CGM).

Green J said how Mr Curnock went about preparing the 2014 will was “very strange”.

He explained: “The deceased was probably the wealthiest client CGM had ever acted for, yet Mr Curnock insisted that because the deceased had negotiated a fixed fee of £140 plus VAT, he would not be able to provide a first-class service.

“But perhaps the most extraordinary thing that he did was to annotate with deletions and amendments the original signed and properly executed 2012 will while it was still the deceased’s valid will.”

The judge did not believe Mr Curnock’s evidence that he made these annotations at a meeting in July 2013.

Had he done so, the solicitor “would have been bound to follow up very quickly to ensure that a new will was drafted and executed. He could not safely have left a defaced original will with a ‘DRAFT’ watermark for any period of time and certainly not in respect of such a valuable estate.

“The fact that he did not make any such follow-up indicates that the instructions and annotations were not made at that meeting.

“I believe that Mr Curnock has invented this evidence to try to make it look as though the deceased was thinking about fundamentally altering his will at an earlier stage.”

Crucial to the case was whether Mr Reeves instructed Mr Curnock to change the will at a meeting in December 2013. The judge did not accept that his attendance notes “accurately record the deceased’s instructions” and said they were not drafted at the meeting.

Had there had been such a dramatic change of mind, it would have appeared quite differently in a contemporaneous attendance note, Green J said.

“I also think that Mr Curnock was duty bound, even if the deceased was a fearsome client who could not be challenged and despite doing it on a cheap fixed fee, to confirm that the deceased’s instructions were correct and that he did want to make such a radical departure from the 2012 will.”

The judge concluded that Ms Reeves had not proved that the deceased knew and approved the contents of the 2014 will, meaning the 2012 will was valid. He also held that the defendants had not established undue influence on the part of Ms Reeves.

Mr Curnock, who is currently an associate director of Essex firm Bright & Sons, told Legal Futures he was unable to comment on the ruling at this stage.