Judge criticises plan for witnesses to give unsupervised evidence from home 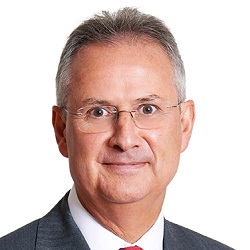 Ashworth: Seek the approval of the court

The High Court has criticised parties that agreed without seeking permission that witnesses in a remote hearing would give evidence from their own homes unsupervised.

Deputy High Court judge Lance Ashworth QC stressed that parties should seek the approval of the court first even if they have agreed arrangements for witnesses.

He was only informed on the first day of Yildiz v Turk & Anor (Re ETP (UK) Ltd) [2021] EWHC 1747 (Ch) – a dispute over a shareholding in a company – that witnesses were going to give evidence from home, but with access to a copy of the electronic bundle.

The judge recounted: “I indicated that I did not think that this was appropriate and that the witnesses should, at least, be giving evidence from their respective solicitors’ offices with the other side having the opportunity, should they so wish, to have an observer present while that evidence was being given.”

It was too late to do anything about this on the first day, meaning that Mr Yildiz began his evidence from his home.

“While he moved the computer around to show that there was no one else in the room with him, this was very unsatisfactory. It lacked any degree of formality and was not conducive to him giving his best evidence.”

Mr Yildiz continued his evidence the next day from his solicitors’ offices, as did all subsequent witnesses, “which was more satisfactory, but far from perfect as it transpired part way through his evidence that he had his own notes with him”.

Mr Ashworth continued: “There also appeared to be IT issues, meaning that the witnesses were having to access the bundle on the solicitors’ computer. No representative of the other side’s solicitors was present.

“Had the witnesses given evidence on their own, I have no doubt that locating documents in the bundle would have been even more difficult than it was.”

The judge was also critical of the electronic bundle, which ran to over 1,100 pages and he described as “poorly prepared, with three differing and updated versions being lodged with the court after documents had been inserted, the last of these arriving after I had commenced the pre-reading, marking up the second version as I went”.

Further, the electronic pagination did not match the hand-written pagination on the hard copies which counsel had but the court did not.

Mr Ashworth emphasised the need for parties taking part in remote trials “to give proper consideration well in advance of the beginning of the trial as to the practicalities involved in such trials”.

He said: “Parties should discuss such matters in advance and, even if arrangements are agreed between them, they should seek the approval of the court as to how witnesses are to give their evidence.”