Judge could hand down judgment despite settlement 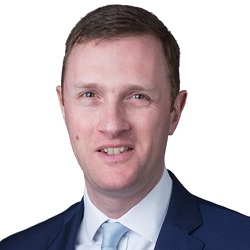 A deputy master could hand down her judgment on a case that had been heard but settled the day before she was due to circulate a draft judgment striking out the claims.

Mr Justice Chamberlain said Deputy Master Toogood did not have to show “exceptional circumstances” to deliver the ruling where publication was in the public interest.

The deputy master argued that there was a “clear public interest” because allegations of “malice, dishonesty and conspiracy” as well as defamation had been made by medical expert Dr Fatima Jabbar against insurer Aviva.

She said a further reason to hand down her judgment was that it dealt with a “previously undecided point of law” − whether absolute privilege applied to answers to CPR part 35 requests under the pre-action protocol for low-value personal injury claims.

The High Court heard that Dr Jabbar had provided medical reports through MedCo since 2015, and her claims arose from “letters and emails sent by the defendants to solicitors acting for claimants”.

After hearing applications by Aviva for strike out and summary judgment, Deputy Master Toogood reserved judgment on 26 May 2021.

At 7.01am on 11 June, the claimants informed her by email that they had settled the case the previous day.

The deputy master responded by saying she was due to circulate her judgment that morning.

She received an email from the defendants in the afternoon, arguing that handing down her judgment would be “very beneficial” because it would involve “clarification of the law relating to the application of absolute privilege”.

Delivering judgment in Jabbar and another v Aviva Insurance UK and others [2022] EWHC 912 (QB), Chamberlain J said the deputy master decided to rule on 25 June, but dealing only with the question of whether she should hand down the ruling.

She decided not to hand down judgment relating to the strike-out to allow the claimants time to appeal. Mr Justice Tipples granted permission to appeal last November.

Relying on the Court of Appeal ruling in Barclays Bank v Nylon Capital, the defendants and the deputy master argued that exceptional circumstances were not necessary for the court to exercise its discretion in handing down the judgment.

Chamberlain J said: “By the time the deputy master was informed of the settlement, she had spent some time marshalling the arguments and reducing her conclusions to writing.

“Her analysis of the law is likely to be of benefit not only to RTA insurers but also to litigants more generally. It is also likely to assist the appellate courts if and when (as seems eminently possible) the point falls for decision there.

“The deputy master was correct to note that the claimants alleged malice and dishonesty against the defendant insurers. She was also right to regard it as relevant that the claimants chose to bring this claim, making these allegations in a public forum.

The judge said the deputy master’s conclusion that the claims should be struck out was a “vindication” of Aviva.

Although she had made no findings of fact about the conduct of Dr Jabbar, her ruling did contain observations “which may set in train enquiries or investigations by others and may, in any event, be matters of legitimate interest to those considering instructing her” and to defendants in litigation.

“This seems to me to be an important public interest factor in favour of publication of the judgment.”

Chamberlain J concluded: “In my judgment, the deputy master’s decision to hand the judgment down involved no error of law or approach and was squarely within the ambit of her discretion.

“Although it is not necessary to say so to dismiss the appeal, I record that I would have reached the same decision.”