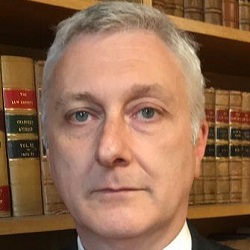 The rules on witness statements should not be seen as encouragement to go through them “with a fine-tooth comb” to identify “as many instances of non-compliance as possible for use in trench warfare”, the High Court has said.

His Honour Judge Keyser QC said it was “appalling” that an application which he described as “not worth the candle” should have generated costs in excess of £330,000.

Sitting as a High Court judge, he echoed the sentiments of Mr Justice Mellor, who said in May that the strengthened rules on witness statements should not be used as a “weapon with which to fillet” essentially insignificant failures to comply.

Practice direction 57AC came into force in April 2021 and various parties have since fallen foul of its more stringent requirements.

In Curtiss & Ors v Zurich Insurance Plc [2022] EWHC 1749 (TCC), HHJ Keyser said applications for the imposition of sanctions for breaching PD 57AC must not be used as “litigation weapons”.

Instead, parties assessing how to respond to a breach or a perceived breach must exercise “common sense and have regard to proportionality”.

He was ruling on an application by Zurich to strike out four witness statements and parts of others filed by various claimants in a dispute over a property development in Swansea.

HHJ Keyser went on: “Proper compliance with the practice direction is important. Improperly prepared trial witness statements are liable to add to the length and expense of the trial and to divert attention away from the real issues in the case.

“However, when assessing how to respond to a perceived failure to comply with the practice direction a party must exercise common sense and sound judgment, having regard to the seriousness of the breach and to the importance of proportionality.”

HHJ Keyser said Zurich’s costs for this application alone had come to over £184,600 and the claimants’ costs to “something in the region of £125,000”.

The judge said it was “appalling an application concerned with the efficient and proper management of the evidence at trial should have generated over £330,000 of costs inclusive of VAT”. He added: “I simply cannot accept that this is an acceptable state of affairs.”

A total of 49 witness statements were served and Zurich’s solicitors, Clyde & Co, sent the claimants’ solicitors, Walker Morris, a 16-page letter in April this year, with a 109-page schedule identifying “300 or so instances of alleged non-compliance” with the practice direction.

Walker Morris wrote back in response, dealing with the complaints “thematically” – although the letter “was by no means perfunctory”, the judge observed.

Clyde & Co made its application in May and HHJ Keyser said: “I shall say frankly that I do not think this application was worth the candle. I impose sanctions because it seems to me, given where we are, that it is convenient to make certain orders. But in my view that does not justify the application.”

He agreed to strike out the witness statements of two licensed conveyancers who were not involved in the relevant transactions, along with witness statements from two lenders and a number of paragraphs from the statement of the developer’s solicitors.

He rejected a request to remove “stock phrases” from the remaining witness statements, which could be challenged during cross-examination, or the witness statement of Zurich’s surveyor. The judge added: “I draw a line at this point.”