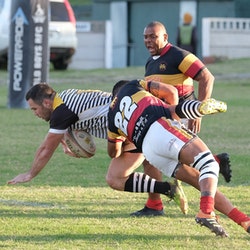 A High Court judge has condemned the “clearest case of failure to comply” with a new practice direction on witness statements that he had seen since it came into force last April.

Mr Justice Fancourt said he had “real doubt” whether either the claimant or the partner at DLA Piper who certified compliance with PD 57AC had read it or “if they have, whether they understood the effect and purpose of it”.

The judge said it was impossible that John Quinlan, chief executive of media company Greencastle MM, and DLA partner Richard Taylor were unaware of the practice direction “because the formal statement and certificate of compliance required by PD 57AC are there in the witness statement”.

Despite this, Fancourt J said Mr Quinlan’s first statement did “exactly what the practice direction was designed to prevent trial witness statements of fact from doing”.

It did this by “referring to matters that were not within the knowledge of the witness (other than properly presented hearsay evidence), commenting on documents that have been disclosed (save to the very limited extent that the practice direction does permit it) and presenting argument in support of a party’s case”.

The judge described the witness statement as “the clearest case of failure to comply with practice direction 57AC that I have seen”.

He went on: “The impression it gives is that the chief executive officer of the claimant was very upset about the conduct of the defendants and is determined to have his say about what they did and why he considers that it was wrong.

“It is replete with comment and argument that goes well beyond the disputed facts that are known to Mr Quinlan personally.”

Describing the defendants’ objections to his witness statement as “broadly well-founded”, Fancourt J said it was not appropriate “to leave the dispute to sort itself out at trial”.

There appeared to be “more objectionable content than that highlighted by the defendants”, in what he described as an “egregious case of serious non-compliance” with the practice direction.

He withdrew the existing permission for Mr Quinlan’s two witness statements but gave permission for the claimants to prepare a “fully compliant” replacement by the date on which further outstanding evidence was due.

There was time to do this, Fancourt J said, while “it is right in principle that the claimant, rather than the court or the defendants, should bear the burden and costs of identifying exactly what is the permissible content for the replacement witness statement in the light of the general indications that I have given”.

He added: “The claimant can, of course, expect that the replacement statement, if served, will be scrutinised by the defendants for compliance with the practice direction.”