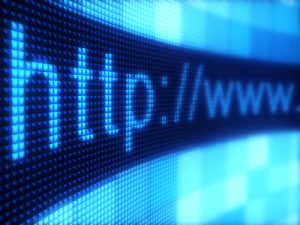 A judge who wrongly questioned the status of a solicitor after doing his own research on the Law Society’s website, has been criticised by the Court of Appeal.

Judge Mitchell, sitting at Central London County Court, complained that he had prosecuted “too many swindlers” as a barrister, and was “naturally suspicious of everybody, particularly in this court”.

Lord Justice David Richards, who quoted an extraordinary series of comments by the judge from the transcript of the county court trial, said Judge Mitchell had “formed a jaundiced view generally of parties and witnesses” at the court.

Richards LJ said that in a case which “clearly involved the credibility” of the solicitor as the landlord in a dispute with a tenant, the judge’s “online researches before the trial unfortunately but inevitably gave the impression that he was looking for evidence adverse to the landlord”.

The explanation given by the judge for doubting whether the landlord was in fact a solicitor, namely his experience in other cases, “did not provide a legitimate ground for his doubts”, the appeal court found.

Richards LJ said that, following an adjournment in the trial, it was confirmed that Abdul Salam Seid Ahmed, a director of Freeman Solicitors Limited, was a solicitor and Judge Mitchell had “searched the Law Society website under the wrong name”.

Delivering judgment in The Gulf Agencies v Ahmed [2016] EWCA Civ 44, the lord justice said: “The landlord’s status as a solicitor had not been questioned by the tenant. The tenant knew the landlord and always accepted that he was a solicitor.”

Judge Mitchell began by saying: “Well, I’m sorry to throw you a hot potato, Mr Holland, but the Law Society seems to be unaware that your client is a solicitor.”

The judge went on to say: “I prosecuted too many swindlers when I was the Bar, Mr Holland, so I’m naturally suspicious of everybody, particularly in this court.”

He went on: “When you’ve done searches for doctors who don’t exist, you do get rather cynical and questioning about what is going on.”

Then he warned Mr Holland on the status of Mr Ahmed: “As far as I understand it, if it is the case that he is not a qualified solicitor, it is actually a criminal offence to claim that you are a solicitor when you are not.”

After the adjournment and Judge Mitchell’s acceptance that Mr Ahmed was actually a solicitor, the judge referred to the need to be “scrupulously careful in this court” and said to Mr Ahmed, when he was giving evidence: “I tell you, Mr Ahmed, the number of people who have come in here who aren’t who they say they are is quite extraordinary.”

The Court of Appeal said the judge should have raised his concerns with counsel at the start of the trial “in a neutral manner, explaining the grounds for his doubts, inviting the comments of counsel for both parties and, if necessary, requesting inquiries to be made. The way in which he in fact raised the matter suggested that he might well have formed an adverse view of the landlord and his credibility”.

However, Richards LJ rejected Mr Ahmed’s argument that Judge Mitchell’s comments “indicated that he had a predisposition to disbelieve the appellant before he had given evidence and showed apparent bias”.

Richards LJ said: “I am satisfied that neither the judgment nor the conduct of the case by the judge after the status of the landlord as a solicitor had been cleared up demonstrates any bias, or apparent bias, on the part of the judge.”

The court heard that The Gulf Agencies, a commercial tenant of Mr Ahmed, brought proceedings under part II of the Landlord and Tenant Act 1954 for the grant of a new tenancy.

Mr Ahmed resisted the application under section 30 of the Act, on the grounds that he intended to occupy the premises for the purposes of a business to be carried out by him. Judge Mitchell ordered him to grant the new tenancy.

He said the issue was whether the landlord “genuinely wanted possession in order to run his business in the premises” or whether he wanted it to remove the tenant or sell the property.

On both the subjective and objective element of Mr Ahmed’s intentions, Richards LJ said Judge Mitchell’s ruling must be set aside. He allowed Mr Ahmed’s appeal and remitted the case to the Central London County Court for a retrial before a different judge. Lady Justices King and Gloster agreed.

Mr Ahmed’s last name currently appears on the Law Society’s Find a Solicitor service as ‘Seidahmed’, rather than Seid Ahmed. However, he is one of only four solicitors listed at Freeman Solicitors Limited in North London.