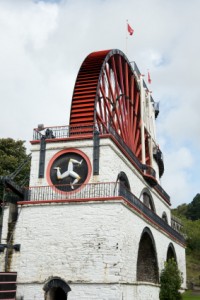 One of the world’s leading offshore law firms has been knocked back by a judge quoting Karl Marx, after seeking a waiver from the Isle of Man Law Society’s indemnity insurance requirements.

Appleby said its lawyers did not need to sign up to the society’s master policy – a single insurance scheme covering all Isle of Man lawyers – because they were already adequately insured under its group policy.

Deemster Doyle, the Isle of Man’s most senior judge, sitting as Visitor to the society, declined Appleby’s bid to overturn the society’s decision, made in May 2013, in which it refused a waiver on the grounds that it would incur “risks to the public and the profession”.

The society’s council said that to grant a waiver would put the viability of the master policy at risk and, if it collapsed as a result, limit the number of legal services providers on the island because most are small practices that may not able to secure insurance on their own account.

Appleby is by far the largest law firm on the Isle of Man. Of the 35 legal practices there, 18 have three or fewer advocates, and only six have eight or more. None, except for Appleby, have more than 20.

The judge accepted the Appleby group insurance policy was “sufficient in terms of public protection” but said the society was entitled to consider the interests of people who were not Appleby clients. He said it was important to remember that “the legal profession is a profession. It is not simply a money generating business. It is far more important than that. Independent advocates providing properly insured legal services are important to the maintenance of the rule of law in a civilised society”.

Quoting Karl Marx in his 1835 Reflections of a young man on the choice of profession, which suggested that the “chief guide which must direct us in the choice of a profession is the welfare of mankind and our own perfection”, the judge added: “One does not need to subscribe to Marx’s subsequent Communist Manifesto to appreciate the inherent good sense in members of a professional society acting not exclusively in their own personal self interests but for the greater good of the society of which they are members.”

Deemster Doyle found that the council was justified in concluding that it could not “safely grant a waiver without incurring risks to the public and the profession”.

Appleby was unable to comment on whether it would appeal the decision when contacted yesterday.