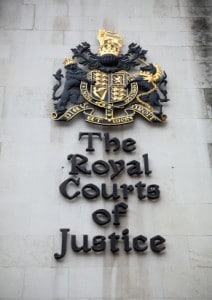 Judge Hodge: “at times I had to pinch myself”

A judge has launched an extraordinary attack on “by far the worst solicitor witness I have ever seen giving evidence in the witness box”.

“At times I had to pinch myself to remember that he was a qualified solicitor of longstanding and experience.”

Judge Hodge said: “He found it hard, or professed to find it hard, to understand questions. He found it difficult to follow the documents.

“He was unable to answer obvious questions, either satisfactorily or in some cases at all. He was extremely vague in his evidence.”

Judge Hodge went on: “Mr Abenson told me that he had found this matter very disturbing. He had found it very difficult to look at the papers. This litigation was said to have destroyed two years of his life, and could actually destroy 40 years of professional work.

“He denied being cavalier in his approach to this litigation. He said that he was stressed, and that he could not cope. He told me that he did not think that he had had a good night’s sleep in two years worrying about this case.”

The judge said he acknowledged that the case had “troubled Mr Abenson greatly”, for which he had sympathy, but he could not regard that as “an adequate explanation for the deficiencies in his written evidence” or the contradictions contained within it or the way Mr Abenson’s evidence had “morphed” during his time in the witness box.

Having heard the 69-year-old solicitor giving evidence for over six hours, Judge Hodge said he was satisfied that he could not rely on anything Mr Abenson had told him unless it was supported by reliable, contemporary documents or by reliable independent testimony or if it was against Mr Abenson’s interests.

The judge said it was common ground that LSC would “appear to have been the victim of a mortgage fraud”, after lending £169,000 to a “purported” client of Abensons.

“I should emphasise at the outset that there is no suggestion that Mr Abenson, or his solicitors’ practice, was knowingly involved in any way in setting up the mortgage fraud,” Judge Hodge said. “All heads of claim are disputed by Abensons.”

However, he found that Mr Abenson should have insisted on seeing the woman who “represented herself” as Mrs Gail Ann Bodice, and that the solicitor was negligent in accepting a sole legal charge and joint transfer as “genuinely executed documents”.

Judge Hodge said he was satisfied that the duty of care was “clearly breached” in relation to Abensons’ failure properly to verify execution of the sole legal charge from “the imposter” Mrs Boddice.

Giving judgment for the claimant, he concluded that LSC Finance’s claim succeeded on breach of undertaking, breach of warranty of authority and “for what it is worth” on the additional breach of a Quistclose resulting trust claim.

Mr Abenson told Legal Futures that he was a victim not only of a mortgage “scam”, but of the collapse of Balva, the firm’s indemnity insurer.

He said he was “really stressed out by the whole thing” which led him to make mistakes when reading his statement of truth before the trial.

“I think the judge was very harsh on me,” he said. “We had no insurance – our insurer had gone bust. I don’t think the judge could understand the financial stress I was under.

“His questioning was very aggressive. At times I got a little confused – I think anybody would. The whole thing has been a nightmare. It’s almost broken me.”

Mr Abenson added that the firm was appealing against the ruling.