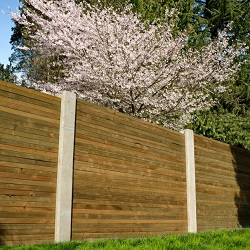 Fence: Claim should have been brought on small claims track

A circuit judge has said it is “beyond my comprehension” how a boundary dispute over 17 inches of land has racked up costs of around £200,000.

His Honour Judge Mithani QC also expressed exasperation at the parties applying to reallocate the claim to the multi-track when he said it should have been on the small claims track.

The dispute over the location of fences between two houses in Walsall concerned one alleged encroachment of nine inches and another of eight inches.

The judge said: “To the outside observer, the extent of the alleged encroachment – in terms of monetary value – is not substantial. I well appreciate that the parties may not view it as such.

“Nonetheless, it is quite beyond my comprehension to see how an encroachment such as this would warrant the substantial costs which I was informed by both counsel had been incurred by the parties, who, at one stage, were very good friends to litigate this dispute.

“The claimants’ costs alone are estimated at £90,000 plus VAT. I do not think the defendant’s costs will be substantially less.”

HHJ Mithani said he did not know why costs budgeting had been dispensed with.

If the parties had thought about how low value the dispute was, and “had thought about furthering the overriding objective, as they should have done”, they would have sought to allocate it to the small claims track.

He stressed, however, that he did not criticise the district judge who re-allocated the claim.

HHJ Mithani ruled that the claimants had not proved the encroachment, adding that, even if they had, he would have come to the “unhesitating conclusion” that the defendant had established there was an informal boundary agreement between them anyway.

He did, however, uphold one element of the claimants’ secondary claim in nuisance – that the defendant’s father once threw waste onto their property – and said that, if the behaviour continued, he may issue an injunction.