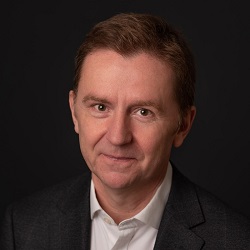 The Law Society has a solicitor at the helm of its staff once more with the appointment of Ian Jeffrey as chief executive.

Mr Jeffrey was managing partner and then chief executive of Lewis Silkin – the commercial law firm located just a few yards down Chancery Lane from the Law Society – for 14 years to 2019.

An intellectual property and technology lawyer by training, he left the firm in 2021 to set up a law firm management consultancy.

He replaces Paul Tennant, who came from the housing sector and left his £300,000-a-year post last year to join the Abbeyfield Society, a charity for older people, after more than four years. Gerry Walsh, a procurement specialist, has been interim chief executive since December.

Law Society president I Stephanie Boyce said: “As a solicitor and law firm leader, Ian comes with valuable and highly relevant skills amassed during his time as a managing partner and chief executive at a large firm, from his specialism in intellectual property and his early experience in legal aid.

“I am confident he will develop an ever-more sophisticated approach to meeting our members’ needs, from in-house to government, from the City to legal aid practitioners and high street solicitors.”

Mr Jeffery said: “It is an exciting time to be joining the team at the Law Society. As the voice of the solicitors’ profession the organisation has a huge role to play in shaping the future of legal services, addressing immediate challenges and leading conversation around long term opportunities.

“Throughout my career, I’ve seen first-hand how solicitors make an enormous contribution to society…

“With my background as a solicitor and firm leader I hope we can engage an ever-broader section of the membership in the vital work it does for the profession and for society as a whole.”

It also emerged yesterday that the Law Society would close its Brussels office in November, after 31 years. It is a joint effort with its counterparts in Scotland and Northern Ireland, representing the interests of UK solicitors in and to the EU, and took secondments of trainee solicitors for many years.

A spokesman explained that, since Brexit and the end of the transition period, “the UK has third country status and is treated by the EU as any other non-member state, meaning the workload has fallen for our Brussels team and the workload of our international team at Chancery Lane has increased as the UK seeks trade deals with countries outside the bloc”.

He went on: “Our bilateral relations with European jurisdictions were always run from our London team and remain an absolute priority for our international engagement.

“The nature of the UK-EU trade agreement means that the need for a presence in Brussels to be close to the EU institutions is reduced, while the relatively high fixed costs of the office mean a smaller Brussels team would not be economically viable.”

Former Law Society president David Greene wrote on LinkedIn that he was “truly sorry” to hear the news, describing the office as “a jewel in the crown” of the Law Society’s offering.

It was actually his post that put the news into the public domain.

Others praised the office’s work. Peter Willis, a partner at Bird & Bird, wrote on LinkedIn: “Agreed – this is sad news. The Law Society’s Brussels office has provided valuable professional, knowledge and social support to solicitors in Brussels and in E&W for as long as I can remember – it was very active in the early 90s when I was based in Brussels. Very short-sighted to close it now.”

Richard Frimson, a private client consultant at Russell-Cooke, said: “I absolutely agree. The Brussels office and its brilliant team supported all three UK Law Societies in Brussels superbly. It will be sorely missed in all parts of the UK.”