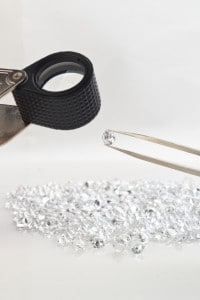 Mr Webster, a former chairman of the Black Solicitors Network and Law Society council member for ethnic minority solicitors, expressed his “extreme regret and remorse” for his actions in a letter to the SDT.

The tribunal heard last month that in February 2013 Mr Webster’s business partner at Webster Dixon, a London commercial firm that claimed to be the first City practice owned by black solicitors, alerted the Solicitors Regulation Authority to “accounting irregularities” she had discovered.

In its newly published ruling in SRA v Webster (case no. 11212-2014), the SDT said: “The offence related to the respondent’s attempts to negotiate a loan for a client of the firm in order to buy diamonds from Ghana to be sold in Dubai.

“When the loan failed to materialise, the respondent made five fraudulent transactions, over a period of 11 days from client account totalling £75,605.27.

“The respondent paid back £27,000; however the shortfall was made good by his professional indemnity insurers.”

The tribunal heard that the judge referred to Mr Webster’s “glowing references”, but said his actions were “fraudulent from the outset” and abused his position of trust, not only as a solicitor but as the firm’s compliance officer for finance and administration (COFA).

Mr Webster was sentenced to eight months imprisonment, and ordered to pay compensation of over £48,000 to Balva Insurance Company. The Latvian-based indemnity insurer was and is in the process of being wound up.

The SDT said the facts “spoke for themselves” because he had “been convicted of fraud upon his own submission”.

Mr Webster, who was not at the tribunal hearing, said in a letter to the SDT: “I would like to take this opportunity to express my extreme regret and remorse for my actions that have led to the allegations filed against me.

“I have failed to live up to the high standard of discipline required by the profession and the personal standards of behaviour I have set myself over the past 25 years as a lawyer.

“I apologise without reservation to the clients, business partners, work colleagues, friends and loved ones that I have let down and caused unnecessary stress and disappointment.

“The last two years have been tremendously challenging but finally I hope to put this sad episode behind me and begin a new chapter in my life.”

The tribunal ruled that Mr Webster had caused “significant damage both to public confidence in the profession and its reputation”, and there were “no exceptional circumstances in this case”.

He was struck off the roll of solicitors and ordered to pay costs of £2,000.