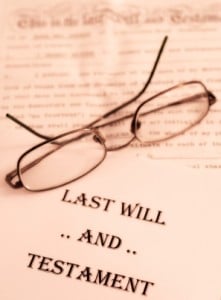 SDT: Armitage’s conduct a “flagrant breach of trust as executor and solicitor”

Simon Armitage, a sole practitioner jailed for four years in October for fraud, has been struck off in his absence by the Solicitors Disciplinary Tribunal (SDT).

The SDT described the behaviour of Mr Armitage, who stole money from the estates of clients, as “disgraceful”, and said that although the solicitor had wished to come off the roll voluntarily, it was “in the public interest” for his misconduct to be “aired before the tribunal”.

The SDT said it was clear that Mr Armitage “had been motivated by a desire to keep his financial problems at bay” when he “dishonestly misappropriated money from deceased clients’ estates”.

The tribunal said: “The respondent’s misconduct was planned and deliberate. He had acted in flagrant breach of trust as executor and solicitor.

“He had direct control of and responsibility for the circumstances giving rise to the misconduct. The respondent was a very experienced solicitor who had been in practice for almost four decades when the misconduct occurred.”

The SDT said Mr Armitage, principal of Armitage & Co in Exeter, caused “serious harm” to clients and to Devon firm Kitsons, which took over the sole practice in a merger.

After the conviction, James Cross, managing partner of Kitsons, said the firm contacted police and the Solicitors Regulation Authority (SRA) after finding “financial irregularities” shortly after the merger in 2013.

Mr Cross said Kitsons launched an immediate investigation and repaid all the Armitage & Co clients who had lost money without waiting for the trial.

The SDT went on: “The harm to the reputation of the profession was extremely serious and totally foreseeable.

“There were numerous aggravating factors; there were multiple instances of deliberate and calculated dishonesty, the respondent had made no attempt to make good the losses, his misconduct continued over a period of around 14 months, his dishonesty by its very nature involved concealment including by completing false information on cheque stubs and by completing false signatures on a statutory declaration.

“He had taken advantage of a position of the highest trust as an executor.”

The tribunal heard in SRA v Armitage (case no. 11347-2015 [2]) that Mr Armitage admitted all 10 allegations made by the SRA, ranging from failing to keep other people’s money safely in a bank or building society to “making or causing to be made false entries on cheque book stubs”.

Other allegations included writing to a beneficiary and “knowingly giving false or misleading information” and signing a statutory declaration without the knowledge or authority of clients.

The SDT concluded: “All that could be said by way of mitigation was that the respondent had no previous appearances before the tribunal and had made admissions immediately his misconduct had been found out.

“A finding that an allegation of dishonesty had been proved would almost invariably lead to striking off save in exceptional circumstances.

“No submissions had been made to the tribunal that there were exceptional circumstances and the tribunal found there to be none. The respondent’s behaviour had been disgraceful. He must be struck off.”