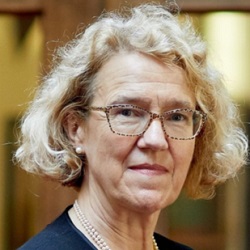 Thirlwall: Defendant did not want to risk a loss of time order

The Court of Appeal has rejected an attempt by a man found guilty of soliciting the murder of his partner to blame his lawyers for abandoning his appeal against conviction.

Lady Justice Thirlwall said [1] it was clear that David John Harris was “content to and did abandon” the application for permission appeal on the advice of his lawyers.

Mr Harris, 72, was convicted in 2017 of three separate counts of soliciting the murder of his partner of 30 years and sentenced to 17 years imprisonment on each count to run concurrently.

Trial counsel Tim Moloney QC advised on appeal against conviction and sentence, and applications for leave to appeal both were filed.

The single judge refused leave to appeal, but when renewed applications were made to the court, Mr Moloney, appearing pro bono, abandoned the conviction application. The court then refused leave in respect of the sentence.

Mr Harris contended that the conviction application was abandoned without his knowledge – he considered there were strong grounds of appeal.

His defence at trial had been that he was planning to write a novel and met contract killers so he would be able to describe their activities authentically.

It was not in dispute that Mr Moloney had advised Mr Harris’s solicitor, Claudia Francois of North London firm CFJ & Co, that if the conviction applicant was pursued, Mr Harris was at risk of a loss of time order and that in his view the application should be abandoned.

Ms Francois told the court that she had advised Mr Harris accordingly and he was “in complete agreement to proceed only with an appeal against sentence”.

A loss of time order – where all or part of the time already served does not count towards the sentence – can be made if the Court of Appeal considers a renewed application to appeal to be meritless.

Thirlwall LJ said it was “plain” from an email sent on behalf of Mr Harris a month before the hearing that only the appeal against sentence was being pursued.

“Ms Francois told us that she and Mr Moloney were confident that the sentence would be reduced. She pointed out that Mr Harris had already spent a very long time on remand and was anxious to reduce his sentence if at all possible.

“Mr Harris told us repeatedly that sentence was irrelevant to him. We do not accept that. Sentence was important to him. The documentary evidence is all one way and we accept Ms Francois’ account.”

The court also did not accept Mr Harris’s evidence that, until his new solicitor had used the expressions, he had not even heard of abandonment or loss of time order.

He claimed not to have received a letter from Ms Francois that spelled out their meaning, but the court was satisfied that he did.

Thirlwall LJ continued: “No explanation was given in evidence about what Mr Harris thought was happening to the appeal against conviction. We are quite satisfied on the evidence that he knew it was not being pursued by Mr Moloney or Ms Francois. He knew it was up to him whether to pursue it…

“We do not accept his account that he was the passive recipient of advice and direction throughout. Even in the short hearing of the application he was highly articulate and quick thinking.

“We accept Ms Francois’ evidence that he was well able to express his views as to the conduct of his case and the conduct of the appeal. We are satisfied that he did not want to risk a loss of time order in the pursuit of the application for permission to appeal the conviction.”