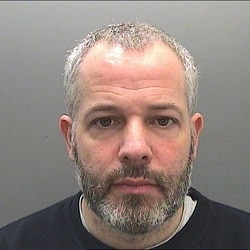 A barrister jailed for 20 years after pleading guilty to 37 charges relating to child sexual abuse has been disbarred.

John Guess, called in 2000, was a lawyer for the Welsh government.

The South Wales Police paedophile online investigation team launched an investigation into his activities, after intelligence was received concerning predatory activity by an adult male in an online chat room.

Last August, Guess – also known as John Ryan-Guess – pleaded guilty at Cardiff Crown Court. On top of the 20-year sentence, he was ordered subject to an extended licence period of six years.

Guess, 43 at the time of his conviction, was made the subject to a sexual harm prevention order and ordered to register on the sex offenders register indefinitely.

The investigation into the barrister led to the behaviour of now former police officer Dean Roberts being uncovered. Roberts received 12 years’ imprisonment at the same trial.

The Bar disciplinary tribunal recorded that Guess had sexually abused children under the age of 13 on more than one occasion, recorded and distributed images of the abuse, “incited a girl under the age of 18 to expose herself to him in a sexual manner and to send him photographs of the behaviour”, aided another in a sexual assault of a child under 13, made multiple indecent photographs of children, and possessed thousands of indecent images and videos.

Local media reported that Judge Eleri Rees told Guess: “You have held a perverted interest in young interest in young girls since you were a young man. Over the course of 10 years you harvested a large collection of indecent images. They were organised into collections in a considered and calculated fashion.

“You have become a sexual predator, taking advantage of any opportunity to take indecent images of children. Had you not been arrested it would only be a matter of time and opportunity that you would proceed to rape children.

“You seek to corrupt children by inciting them to engage online in sexual activity for your own gratification. You have become accustomed to ignoring the normal social boundaries and taboos which might inhibit others.”

Roberts admitted one count of rape and five indecent assaults.

At the time of the convictions, Detective Superintendent Wendy Gunney said: “The sentences reflect the gravity of the crimes that have been committed. The two people responsible for the appalling abuse of a number of very young children have now been brought to justice.

“The investigation uncovered extremely disturbing child abuse evidence and the guilty pleas have ensured that the jury were spared from viewing evidence that would have been extremely traumatic.”

The investigation led to further arrests across England as well as overseas.