Jail for solicitor who forged documents and stole £800,000 of client money 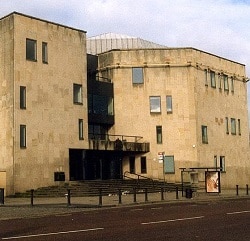 A dishonest solicitor who forged documents and stole clients’ mortgage payments after taking the reins of a law firm has been jailed for seven years and six months.

Andrew John Davies, 34, was jailed at Bolton Crown Court having pleaded guilty to 42 charges including fraud, forgery and money laundering at an earlier hearing.

The court heard how Davies took charge of an established conveyancing firm in Manchester, Robert Meaton & Co, following the ill-health and subsequent death of Mr Meaton in 2012.

Davies then embarked on a series of fraudulent activities – forging legal documents such as bank statements and building regulation certificates, and even falsifying leading counsel’s opinion.

Shortly after the Solicitors Regulation Authority (SRA) began an investigation into the firm in 2014, Davies transferred six-figure mortgage payments from clients – one for £270,398 and another for £205,714 – into his own bank account.

After the firm was closed down in 2014, he was struck off in late 2016, with a tribunal finding that he had even used client funds to make payments to beneficiaries under his late law firm partner’s will that he was meant to make personally.

The SRA found that in all £833,450 was missing from client account. None has been repaid, causing losses to the firm’s insurer and the SRA’s compensation fund.

In an impact statement, one victim told the court that Davies’s actions in taking her mortgage payments had caused her significant stress and financial hardship during the late stages of her pregnancy.

Stephane Pendered, a prosecutor in the CPS specialist fraud division, said: “Andrew Davies joined his law firm as a trainee but, by the time he took over its operation, he was repeatedly lying to clients and fellow employees and forging documents in order to cover up his lies.

“His actions spiralled out of control and when it became inevitable his lies would expose him, he stole six-figure mortgages from two clients, causing them extensive hardship and worry.

“The CPS worked with the SRA and the police to build a strong case against Davies, which ultimately resulted in his guilty pleas.”

Davies pleaded guilty to 19 counts of forgery, 18 counts of fraud by abuse of position, four counts of transferring criminal property, and one count of false accounting.