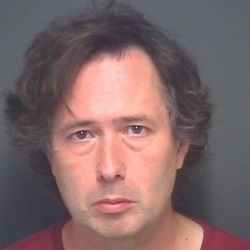 Sims: Jailed for three and a half years

A barrister who travelled across the country with the intention of sexually abusing teenage girls – unaware that they were not real – has been jailed for three and a half years.

Guy Sims, 53 of Bedford, was sentenced at Oxford Crown Court this after a jury unanimously found him guilty of three counts of arranging or facilitating commission of a child sex offence.

The sentencing follows an investigation by specialist officers from the South East Regional Organised Crime Unit (SEROCU) spanning four years. They operated the fake accounts of the victims.

Posing as an 18-year-old man, he arranged to meet one of the girls and, on 27 September 2017, travelled from Cambridge to Portsmouth “with the intention of engaging in sexual activity with her”, SEROCU explained.

When he arrived, he was arrested by officers who found he had cider and a condom, along with camouflage leaf netting in his car.

According to an Oxford Mail report of his trial, Sims claimed he had found the alcohol on the street and had the netting because it was used at his daughter’s Woodcraft Folk youth club, rather than because he wanted to take the girl to the woods.

SEROCU said he had also arranged to meet another of the girls on the same day.

Having been released under investigation, in 2019 Sims engaged in a sexual conversation with a third person he believed to be a 13-year-old schoolgirl and arranged to meet her in Oxford.

Sims claimed he wanted to see if police officers were on the web hunting potential paedophiles. But the jury convicted him in less than four hours.

Detective Chief Inspector Philip Attwood of SEROCU said: “This is the conclusion of a case in which Sims engaged in conversation of a sexual nature and arranged to meet up with those who he believed to be three teenage girls with the intention of carrying out child sexual abuse.

“Sims worked as a civil barrister and should have recognised the consequences of this offending.

“He demonstrated that he was prepared to go to great lengths and travel across the country to Portsmouth, to Guildford and to Oxford to engage in depraved sexual activity with children.

“He repeatedly engaged with the profiles of those he believed to be teenage girls online, and the threat he posed would have continued had it not been for the continued and dedicated efforts of those working for SEROCU.”