Jail for men who tried to defraud and blackmail solicitors 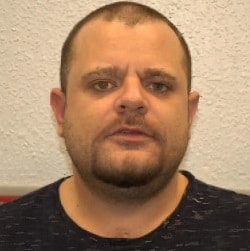 Two men who were part of an organised fraud network that conned solicitors and others out of over £300,000, as well as a man who tried to blackmail a law firm to pay over €10,000 for the return of data stolen from its systems, have been sent to prison.

Okwudili Chinze, 44, and Ahmed Otun, 41, were sentenced to two years and eight months, and four years respectively for conspiracy to commit fraud and money laundering.

This involved emails that got the victims to change a direct debit, standing order or bank transfer mandate, by purporting to be a representative of an organisation to which they made regular payments.

On arrest, a variety of manuals detailing how to hack into emails were found on Otun’s computer.

Both men, Nigerian nationals, were also disqualified from directorships for 10 years.

When the various frauds came to light, officers from FALCON, the Metropolitan Police’s response to fraud and linked crime online, discovered that the men had set up a company named Britannia Security, a vehicle used to give a veneer of legitimacy to the fraud.

Its bank account was used to receive the majority of the defrauded funds.

Acting Detective Sergeant Matt Wigg of FALCON said: “I would urge people to be very careful when moving and transferring money. Many of the victims linked to this case were tricked into sending money to criminals’ accounts after they were sent a spoof email with change of payment details.

“Always verify changes to financial arrangements with the organisation or person directly on the phone, or go via the company’s main switchboard to check if an email is genuine. Never reveal bank account details via email or on unsecure networks.

“Trust your instincts and always check before transferring money, because it will be extremely difficult to recover once you’ve sent it.”

Meanwhile, Nathan Wyatt, 36, of Wellingborough, has been jailed for three years after pleading guilty to 20 counts of fraud by false representation, two counts of blackmail and one count of possession of an identity document with intent to deceive.

Wyatt used his deceased stepfather’s credit card to carry out fraudulent purchases of items worth around £5,000.

He also managed to steal a large amount of data and files from an unnamed solicitors’ firm in Humberside and then made demands that they pay him around €10,000 in bitcoins.

Last year, Wyatt was arrested on suspicion of hacking Pippa Middleton’s iCloud account, and while he was not charged for this, the evidence which led to these convictions was found on the computer and other digital devices which were seized as part of that investigation.

This included data connected to the hacking and subsequent blackmailing of the law firm in December 2016.

Using malware, Wyatt had managed to steal around 10,000 files and documents from the firm and then twice tried to blackmail the company into paying him the money for the safe return of the data.