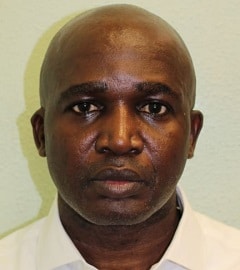 A man who posed as a barrister to con his victims out of thousands of pounds has been jailed for two years.

Leonard Ogilvy, 51, of south London was found guilty at Southwark Crown Court of three counts of wilfully pretending to be a barrister and three counts of fraud by false representation.

He was also found not guilty of two further counts – one of pretending to be a barrister and one of fraud by false representation.

Three victims lost a total of £21,000 when they paid Ogilvy fees for legal advice, believing he was a barrister. Two of the victims had sought legal advice on employment law while the third victim needed help with a divorce settlement.

In each case, the victims met Ogilvy and paid him an initial consultation fee between £120 and £150, with Ogilvy then demanding further fees for his work. Ogilvy received £19,500 from one victim alone. The offences were committed between 2010 and 2015.

One of the victims contacted the Bar Council and the Law Society when she became suspicious about Ogilvy’s legitimacy and was advised that Ogilvy was not registered. When she raised the matter with Ogilvy, he tried to persuade her he was registered but ‘not practicing’.

Detective Constable Gavin Popplewell, of the Metropolitan Police’s complex fraud team, said: “Ogilvy is a serial conman who posed convincingly as a barrister, persuading vulnerable individuals in their hour of need to part with often large sums of cash for legal advice he did not, nor was qualified to provide.

“If other people believe they have also fallen victim to him, I would urge them to contact police via Action Fraud.”