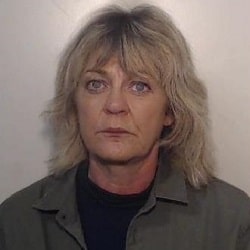 Swettenham: worked at firm for 30 years

A long-serving clerk at a Stockport law firm and her husband have been jailed after more than £300,000 was syphoned from the firm and spent on cars and a boat among other extravagances.

Rachel Swettenham, 54, pleaded guilty to fraud by abuse of position and was sentenced to four years in prison.

Roger Swettenham, 53, pleaded guilty to money laundering and was sentenced to 12 months in prison, suspended for two years, and ordered to carry out 200 hours of unpaid work.

Manchester Minshull Crown Court heard how between May 2012 and August 2014, Rachel Swettenham stole money from the unnamed firm that employed her. She transferred funds to her personal bank account, to her husband, Roger Swettenham’s account, and to other clients.

In total, 24 clients had funds misappropriated, with the total loss topping £315,000.

The money was used for deposits for the purchase of two houses, a boat, cars, furniture, and to pay credit cards.

The fraud came to light during a review of her employment and conduct, and a civil search order executed at their home address by the law firm. The Swettenhams were later questioned by police and arrested. The firm has refunded all of the money stolen from clients.

Detective Constable Katherine Perry of Greater Manchester Police’s fraud investigation team said: “Rachel Swettenham was a long-standing employee at this firm where she worked for 30 years, but she brazenly abused her position of trust, to satisfy her greed.

“All of the clients trusted her to act in their best interests at a time in their lives where they were most vulnerable. The solicitors’ firm promptly made sure that all who have been wronged by Swettenham’s repugnant behaviour were repaid and all of her work was reviewed.

“She managed to hide her crimes and paid no heed to how these losses would affect her clients or her employer. Roger Swettenham played his part too by allowing his account to be used as part of this and using the money to fund their lifestyle.”