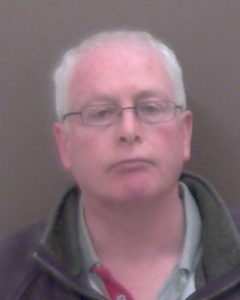 An ex-solicitor has been found guilty and jailed for five years for five counts of fraud by false representation – his second spell in jail for fraud after he previously stole from his firm’s client account.

Ian Charles Macfarlane, 56, was handed the jail term at Bournemouth Crown Court. He was found not guilty of another count of false representation. The conviction came at the end of an 11-day trial. He was also ordered to pay court costs of £18,000.

The court heard earlier this month that he identified freeholds of properties, mainly in the London area, where he recognised that the freeholder had been missing or absent. He then falsified documents to the Land Registry in order to transfer properties into the name of his company, Kingston Property Management, or other false names.

In order to do this, according to Dorset Police, Macfarlane “broke” the trust of a Bournemouth law firm whose name he used in order to process documents through the Land Registry.

Once he took control of the freeholds, he was then able to demand ground rent, offer lease extensions and the sale of the freeholds to leaseholders living within each property. He stood to gain in excess of £200,000 had he been successful.

Detective Sergeant Tom Isaac, of Dorset Police, said: “The case started in 2011 and involved a complicated and extensive investigation into the possession of a number of properties… I hope this sentence shows that we take allegations of fraud extremely seriously and will bring offenders to justice.”

According to a 2005 ruling of the Solicitors Disciplinary Tribunal, which struck him off the roll, between 1996 and 2004 Macfarlane operated an account with the Portman Building Society in the name of Ian Godfrey Revue.

During this time he raised client account cheques payable to ‘I Revue’, thereby giving the impression that the funds were being paid to the Inland Revenue. A listing of the Portman account transactions showed that over nearly eight years there were 164 lodgements totalling £825,064.

He withdrew money from the account to fund what was called a luxury lifestyle – using the money for exotic holidays, school fees for his two children, property investments and his own tax bill – and the balance at the time he was caught was just £750.

At the Crown Court at Bournemouth in 2005, Macfarlane pleaded guilty to 26 indictments of theft and asked the court to take into account 137 other offences of theft. He was sentenced to three years and nine months’ imprisonment.