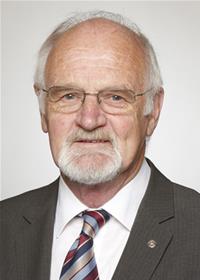 A ‘professional’ McKenzie Friend who targeted people unable to claim legal aid and then defrauded them of thousands of pounds has been jailed for three years.

He advertised his services as a professional McKenzie Friend on the internet, offering cheap legal services to people involved in cases involving their children or grandchildren.

The victims would pay him a fee up front, and he would then claim to have worked on their case by applying for court orders, arranging court dates, contacting former partners and their solicitors, and liaising with social services and the Child Support Agency, when he had not.

The McKenzie Friend offences took place between December 2012 and April 2014. Having been arrested and interviewed in August 2013 about the initial allegations, Mr Williamson continued offending after being released on bail.

Among his actions were producing a fake court order which he told the victim would prevent a relative taking the child out of school, faking a Criminal Records Bureau check after a victim paid for a relative’s background to be investigated, creating a fake child psychologist in order to extort payments from another victim, and falsifying court dates meaning that when the victims arrived at court they found the hearings did not exist.

He was estimated to have received around £5,000 from his clients. The council also conducted a benefit investigation and established that Mr Williamson had not declared three different jobs and therefore received £3,517 of benefits to which he was not entitled.

After pleading guilty to 15 Trading Standards offences relating to family law, one count involving fraudulent sale of a laptop and six counts of benefit fraud, Mr Williamson was jailed for a total of three years for the family law counts, with no separate penalty for the laptop count, and one month behind bars for each of the benefit fraud offences, to run concurrently with the main prison term.

HHJ Stuart Bridge told him: “Your actions were callous and premeditated. You attracted people who were unable to obtain legal support due to cuts in legal aid. You deliberately sought these people out. Once you had been paid, you broke their trust.

“You abused a position of trust. The offences were sophisticated and carefully planned. You prepared and falsified documents.

“The loss of over £5,000 was relatively low, but the high victim impact elevates this to a higher sentencing bracket. There is no doubt in my mind that the McKenzie Friend offences are so serious that an immediate custodial sentence must be imposed.”

Councillor Brian Spurr, executive member for community services at Central Bedfordshire Council, said: “Williamson’s actions had a devastating impact on their victims at an already highly stressful and emotional time, and ran the risk of jeopardising their legal cases. The lengthy prison sentence is an excellent result at the end of what has been a long investigation.”