Jail for PI lawyer who lied in witness statements 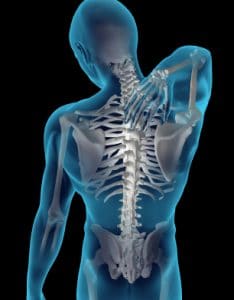 A solicitor described by a High Court judge as a “thoroughly dishonest man” has been jailed and a medical expert who produced an “astonishing” 32 reports a day handed a suspended prison sentence for civil contempt of court.

Garnham J said Dr Asef Zafar, an expert and NHS doctor based in Surrey, was reckless rather than dishonest in amending a report to extend the recovery period for whiplash injuries from a week to six-eight months.

He said Dr Zafar, who was a given a six-month suspended sentence, was “not just negligent about the content of the revised report” but allowed assertions to be included “not caring whether they were true or false, and not caring whether or not the court was misled as a result”.

Garnham J said the doctor built up a “highly successful one-man medico legal career”, allowing himself only 15 minutes to conduct an examination of a personal injury victim and produce a report.

He produced “an astonishing” 32 reports a day, charging about £70 for each case, and by delegating routine parts of the work to up to four secretaries, was able to “generate an income from his medico-legal work of £350,000 per annum, on top of his NHS salary.”

The judge said he had no doubt that Mr Khan’s motivation was “greed pure and simple”, while on Dr Zafar he said: “You were motivated first by your desire to keep the report writing factory you had devised running at full capacity so as to continue making the astonishing profit you told me about and then by the cowardly desire to cover up what you had done.”

The application followed an accident in December 2011 involving taxi driver Mudassar Iqbal and a woman insured by LV=.

Mr Iqbal sought assistance from High Wycombe-based On Time Claims (OTC), owned by the second defendant, Shafiq Sultan, who referred the case on to Mr Khan.

Mr Khan then instructed Med-Admin Ltd, a medico-legal agency run by his aunt, to arrange a medical report. It instructed Dr Zafar of UK-Doctors.com to do this and in his first report, the doctor indicated that Mr Iqbal had fully recovered from his injuries within a week.

Garnham J said that, after receiving Dr Zafar’s original report in February 2012, Mr Khan requested a revised version, claiming that Mr Iqbal was “not happy with it”, that his client was still suffering “moderate to severe pain” in his back and neck and might not recover before six-eight months.

The revised report, making no reference to the original, made the requested amendments, saying Mr Iqbal’s symptoms had not yet improved and he would need six to eight months for a full recovery.

TKW launched proceedings, but before the trial at Slough County Court in August 2013 Mohammed Shazad Ahmed, a paralegal working for the law firm, mistakenly sent the defendants Dr Zafar’s original report, rather than the revised one.

The claim collapsed and LV= applied for committal for contempt of court of all four men.

Garnham J rejected a single allegation of contempt of court against Mr Ahmed, describing him as “an entirely straightforward and credible witness”. The judge said the paralegal told counsel the revised report was the correct one because he assumed it was.

“In my view, it is perfectly clear that he was doing his best, and his mistaken assumption was the product of inexperience and naivety.”

The judge also rejected four grounds of contempt against Mr Sultan, which alleged that he authorised Mr Khan to sign a false witness statement.

Garnham J said there was insufficient evidence to conclude to the criminal standard of proof that Mr Sultan was guilty of contempt.

He said that Mr Sultan was “not entirely of good character”, having been committed to prison for contempt only last year, but that did not prove that he was guilty in this case.

Mr Khan was also found to have forged Mr Iqbal’s signature on his witness statement.

The judge said he regarded Mr Khan as a “thoroughly dishonest man” who “continued to lie on those topics before me”.

Dr Zafar was found guilty of 10 out of 16 allegations of civil contempt of court.

Rejecting four allegations of dishonesty, Garnham J said Dr Zafar “had (almost) nothing to gain and everything to lose by producing a dishonest report in February 2012 for TKW, a firm which had not previously sent him work and whose work Dr Zafar did not need”.

However, the judge said dishonesty was “only one basis for a finding of contempt” and it could also be based on recklessness.

Martin Milliner, director of claims at LV=, said: “Whilst this case has taken a considerable amount of time, effort and cost, it has been worth it in order to send a stark warning to the “professional enablers” of fraudulent claims.

“We place a lot of trust in our lawyers and doctors to act with integrity, which makes it even more shocking when they behave in such an unscrupulous way.”

The Solicitors Regulation Authority shut down TKW in April 2016 and the following year, the Solicitors Disciplinary Tribunal approved an agreed outcome that saw Mr Khan remove himself from the roll for at least five years over a series of accounts rules breaches.