Jail for lawyer who defrauded employers of £600,000 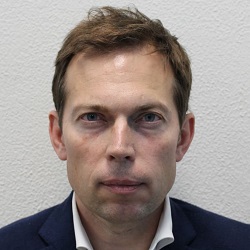 A lawyer who defrauded the Commonwealth Secretariat and law firm Cooley out of over £600,000 has been jailed for seven and a half years.

Joshua Brien, 48, was convicted last month at Southwark Crown Court and sentenced on Friday after being found guilty of three counts of fraud by abuse of position and one count of fraud by false representation.

Formerly a principal legal adviser with the Office of International Law of the Australian Attorney-General, he later became the head of the oceans and natural resources division of the London-based Commonwealth Secretariat.

He worked there for 12 years until 2016, when he was dismissed for an unrelated offence.

Mr Brien, a dual Canadian-Australian citizen, was the sole liaison for a contractor and fabricated correspondence using a fake email address that was very similar to the contractor’s.

It emerged after he had left his employment that he used this to channel £150,000 intended to be paid to the contractor into a bank account in Australia set up to carry out the fraud.

In 2017, he became a special counsel in the London office of Cooley, specialising in public international law, having lied on his application form that he had not been dismissed at any previous employer.

Mr Brien acted in an arbitration case involving a marine salvage company and told the client to forward £400,000 in payments to what was actually his personal bank account.

It only came to light after police arrested Mr Brien for the Commonwealth Secretariat theft.

The lawyer’s manager had also been alerted after he met with the client’s representative and raised the issue of apparent unpaid fees.

He also defrauded a second client, the Maldives government, of around £90,000, using them same method.

Judge Martin Griffith said the jury quite rightly convicted Brien of fraud, describing him as a “strange person” with the “capacity to lie completely” while giving evidence.

Detective Constable Mark Bunning of the Metropolitan Police’s economic and specialist crime team said: “Joshua Brien used his knowledge of the internal reporting systems of the companies who employed him to carry out significant fraud.

“He used the employ of his companies to operate in plain sight; carrying out protracted fraudulent activities for his own personal gain.

“However, due the diligent and dedicated work of the police, Brien has been convicted and will now face to consequences of his actions.”