Jackson: ‘Professional negligence’ could disappear as attitudes to professionals change 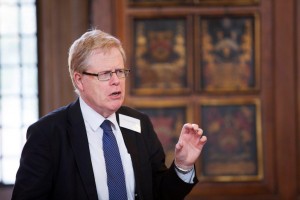 Jackson: changing perception of the professions

Professional negligence as a discrete body of law could disappear if restrictions on the liability of professionals continue to be swept aside as social attitudes towards them also change, Lord Justice Jackson has predicted.

Jackson LJ, author of Jackson & Powell on Professional Liability, said the courts had reflected a “general shift in public perception” by “slowly stripping away” protections for professionals and “devising new ways of imposing liability” on them.

Delivering the Peter Taylor Memorial Lecture to the Professional Negligence Bar Association – of which he is president – Jackson LJ said: “The legal principles regulating the liability of professional persons have mutated over time and they have done so in a way that reflects the changing perception of the professions in society.

“Professional persons are no longer generally seen as a class of individuals superior to other workers, driven by higher ideals and meriting protection.

“Most sociologists now characterise the professions as special interest groups which exploit their skills in an endeavour to achieve greater income and higher status in society. Many laymen take a similar view.”

Jackson LJ predicted that over the coming years there would be a “continuous onslaught” on the Bolam test, which laid down that, apart from in exceptional circumstances, “each profession sets the standards by which its members are judged”.

The judge went on: “The operation of the Bolam test is illustrated most clearly in the medical field. There are numerous reported cases where doctors have made mistakes with grave consequences, but have nevertheless escaped liability on the basis of Bolam.

“Such cases make chilling reading, if one focuses on the individual case rather than the issues of principle which are at stake.”

Jackson LJ said that outside medicine, the rationale advanced for the Bolam test was essentially the same – if “excessive liability” was imposed on the professions, indemnity premiums would escalate and the costs of insurance would be passed on to consumers.

However, he said that now the “invaders have broken through the castle walls on Bolam” – with last month’s Supreme Court ruling that the test did not determine the extent of a doctor’s duty to advise – they would not stop there.

“The argument will be that the ordinary principles of tortious liability should apply to the professions in the same way that they apply to everybody else. There is no reason for the courts to accord special protection to the professions.

“Whether any of those attacks will succeed I do not know and it would be wrong for me, as a judge, to predict. I merely state where I foresee the next battles being fought”.

Nevertheless, “peering into the future as best one can”, Jackson LJ said it “may possibly be” that the attacks on Bolam would succeed.

“The other perquisites of professional status, such as immunity and restrictions on liability, are already vanishing.

“We may therefore be approaching the position that there is no discrete body of law on ‘professional negligence’ or ‘professional liability’ at all.”