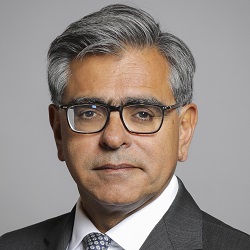 Kakkar: Anxious about impact of coverage on applicants

The Judicial Appointments Commission (JAC) is to launch an independent review of its statutory consultation scheme.

Lord Kakkar, chairman of the JAC, said he was “deeply anxious” about the impact on applicants for judicial office of press coverage suggesting the appointments system was discriminatory.

Answering questions from MPs on the justice select committee yesterday, Lord Kakkar said the JAC had looked at its statutory consultation scheme before and there was no evidence to suggest it was working against “different candidates from different groups”.

Under the Constitutional Reform Act and Judicial Appointment Regulations 2013, the JAC must seek the views of a “statutory consultee” before making a recommendation for judicial appointment.

The consultee must have held the office that candidates are applying for or have other relevant experience.

Lord Kakkar said there was “something of a misunderstanding” in press reports referring to the old approach of ‘secret soundings’.

He said the JAC provided guidance to the main statutory committee for each jurisdiction to ensure consultation was “objective and evidence-based”. If it was not, it could be “put to one side”.

However, Lord Kakkar said he was “very concerned” that descriptions of secret soundings could have a “chilling effect” on the attractiveness of judicial office.

He said the JAC had decided to hold an independent review of its statutory consultation scheme to see if “improvements could be made” in the way it operates.

Richard Jarvis, chief executive of the JAC, said the aim was to appoint an external organisation in the next couple of weeks, which would be the same work psychology group that had advised the JAC in the past.

“They are a diverse organisation with experience of senior recruitment in other sectors.”

Answering a question from Labour MP Janet Daby, Lord Kakkar said: “I can reassure the committee there is no bullying or harassment in the judicial appointments process.”

The JAC chairman had earlier faced tough questions from MPs on the lack of women and minority ethnic judges in the senior ranks of the judiciary.

Labour’s Maria Eagle accused the peer of being “a little complacent” and seeming to blame “those who don’t get through the process for their failures”.

She said the JAC had 15 years to make a “real change” in judicial appointments. “Is this all you’ve got to show? How long will it be before the senior judiciary is 50/50 men and women.

“In 100 years’ time, you could be telling me the same thing and nothing would be any better. Would targets assist you?”

Lord Kakkar said he did not think targets would help, as appointments were made on merit, and there had been “substantial progress” in appointments to the High Court.

He said that 12% of recommendations for judicial posts last year were minority ethnic lawyers, as were 23% of candidates for non-legal posts.

He said the “greatest drop-off” of BAME candidates was in the earliest stage of the appointments process, where candidates required a “specific degree of post-qualification experience”.