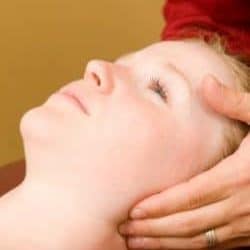 NB: This story has been updated throughout the day

The whiplash reforms will come into force on 31 May, the spring bank holiday, it was confirmed yesterday, as the government finally published the new rules and a marginally increased tariff.

The pre-action protocol and practice direction have also been published.

A commencement order confirms that the reforms will come into force on 31 May, while one statutory instrument makes the regulations required under the Civil Liability Act 2018, and a second makes the changes to the Civil Procedure Rules.

There are still outstanding issues, such as the court process for claimants if the insurer denies liability or if they want to challenge their level of compensation.

A Ministry of Justice (MoJ) spokesman said: “Our reforms will save motorists money by limiting fraud and reducing excessive costs while simplifying the process for making claims.

“The new online system provides a modern, user-friendly service along with guidance and a telephone helpline to support unrepresented claimants at every step.”

The Motor Insurers’ Bureau (MIB) will provide a user guide, language support and telephone helpline for the new Official Injury Claim portal, and will all be available to those who need further assistance.

The MoJ said it has also committed to producing further guidance for users so they can navigate the new online system and, where necessary, the court process. This will be made available before implementation in May.

The statutory instrument makes no provision for the proposed doubling of the small claims limit for employer’s and public liability cases – indeed, it specifically maintains the £1,000 limit for “any other claim for personal injuries” – but the MoJ has confirmed to Legal Futures that it remains committed to doing it.

The MoJ would not be drawn on the timetable, however, and potentially it could still happen on 31 May.

The regulations permit the court to award a maximum uplift of 20% in “exceptional circumstances” – it must be satisfied that the degree of pain, suffering or loss of amenity (PSLA) caused by the injuries makes it appropriate and the injury is either “exceptionally severe” or where the claimant’s circumstances increase the PSLA, “those circumstances are exceptional”.

The MIB said it remain on track to complete the technical build and content enhancements for the new portal, with the final version of the rules sufficiently similar to what it had already seen that changes it needs to make to the system will not delay implementation.

This will be followed by “essential comprehensive resilience and security system testing”, after which the end-to-end service will be made available to registered professionals in the testing environment.

In April, it will undertake a further round of consumer testing, focusing on those unrepresented claimants who might struggle to use the digital service for any reason. It is using independent consultants and will publish the results before launch.

Some 369 organisations have so far registered to use Official Injury Claim.

The MoJ yesterday also published the outcome of two consultations it held last year on supplemental qualifying criteria for medical reporting organisations (MROs) that are going to provide medical reports to unrepresented claimants, and additional rules for direct medical experts, to ensure they have “sufficient resources, processes and capacity to deal with the volume of instructions they choose to accept”.

The former includes beefed up business ethics requirements and improve their complaints procedures.

MROs and direct medical experts are advised that, once they are satisfied that they meet the new criteria, they should contact MedCo to schedule an on-site audit, which will be done on a ‘first come, first serve’ basis. Successful applicants will be added to the system prior to the launch of the new service.

Asked if they would opt in to deal with unrepresented claimants, 72 of the 90 direct medical experts who responded said they would.

Those who said they would not expressed concerns about the resources required to set up a back-office function, that it was just too costly and time-consuming to meet the required rules, or that the fixed recoverable costs available were not adequate.

Paul Nicholls, chairman of the Motor Accident Solicitors Society, described the tariff figures as “unfairly low and it is an injustice to value compensation higher for a cancelled flight or a comparable injury sustained in any situation other than in a car accident”.

He added: “We also urge the government as a matter of urgency to publish its plans for a comprehensive information campaign which clearly explains the new claims process to the public.”

Matthew Maxwell Scott, executive director of the Association of Consumer Support Organisations, said: “Looking ahead, we must all work together to make sure the portal succeeds. That includes making rapid changes if the consumer experience of the new system proves a challenging one, not just at launch date but also beyond it.

“Cooperation between all sides will be a vital part of this process.

“Greater clarity on rehabilitation is certainly needed, as is the inclusion of an alternative dispute resolution mechanism. Without it, we’re going to see long delays before cases get to court and an imbalance of arms between claimants and defendant insurers.”

Qamar Anwar, managing director of claims business First4Lawyers – which recently announced that it was setting up its own law firm to deal with RTA claims because of the reforms – said: “Surely a bank holiday is the worst possible time to launch such a fundamental change to consumer rights, when fewer staff will be around to address what are going to be at best teething problems.

“We hope there are sufficient plans in place to allow rapid changes to the portal if required so that the injured and vulnerable aren’t left without the appropriate support, but if what we have seen to date is anything to go on, we doubt it.”

“Yet, all RTA claims worth less than £5,000 will be continue to be processed through the portal, and claimants must state whether they expect to recover more or less than this.

“The fundamental aspect of expecting the average consumer to represent themselves as a litigant in person remains unchanged, leaving vulnerable injured people to navigate a legal system they have no experience of or expertise in.”

Ian Davies, who leads the motor team at defendant law firm Kennedys, said: “Make no mistake – these are seismic changes to low value RTA claims in England and Wales. The market is now set for a frantic three months of development to ensure systems are in place to deal with the claims from 31 May under the new regime.

“But the true scale of the challenge in preparing for 31 May will only become clear once we have absorbed the new practice direction, pre-action protocol and the detail around the new portal.

“There are bound to be grey areas and points of friction which will ultimately require resolution by the courts.”

Mark Shepherd, assistant director, head of general insurance policy, at the Association of British Insurers, described the reforms as “a big win for consumers, the result of much hard work by the industry with a number of administrations over the years, to ensure that meaningful steps are taken to control the costs of the whiplash claims, whilst ensuring proportionate compensation is paid to genuinely injured claimants”.

Gerard Stilliard, head of personal injury at Thompsons, said: “We’re glad that the government has seen sense and decided not to introduce change that would have unfairly penalised workers injured through no fault of their own.

“Increasing the limit to £2,000 in workplace claims would have left a substantial amount of injured workers having to pay for legal representation out of their fairly assessed compensation. That would have priced millions of workers – those who have kept Britain going throughout the pandemic – out of justice.”

Legal Futures will be running a webinar on “Whiplash rules: the good, the bad and the confusing” on 12 March 2021, at 12pm.