Is world’s largest ‘find a lawyer’ service coming to the UK? 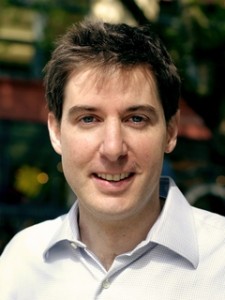 Britton: UK’s very attractive to us

The world’s largest lawyer rating website could be heading for the UK after raising £22m in new capital, Legal Futures can reveal.

Avvo, a US-based company, has a directory providing comprehensive profiles, client reviews, peer endorsements and its proprietorial Avvo rating for more than 97% of lawyers in America.

It also has a Q&A forum online with more than five million legal questions and answers; more than 160,000 lawyers from around the US now use Avvo’s cloud-based marketing platform.

Last week, Avvo closed the £22m in new financing led by Coatue Management, with additional investment from Benchmark Capital, Ignition Partners and DAG Ventures. This round brings the total capital raised since Avvo’s inception in 2007 to £36m.

Avvo said it will use the new funding to accelerate product development and marketing, and fuel international expansion.

The company was set up by Mark Britton, the former general counsel of Expedia

Speaking to Legal Futures, he said he was not ready to announce the details of Avvo’s international expansion. But he added: “The UK’s very attractive to us. It’s a very logical place for us to go.”

The first step will be to recruit ‘country managers’ to drive the expansion, Mr Britton explained. His experience from Expedia was that it is “critical” for sites in other countries to have a local feel. “You have to take time to think through the culture and nuance,” he explained.

Mr Britton said the additional capital will allow Avvo to accelerate growth. “No matter what we have accomplished to date, we need to help more consumers make better legal decisions and find the right lawyer. We need to build more products that make navigating the legal profession as simple as it should be.”

The Avvo rating gives every lawyer a score out of 10. It is calculated using a mathematical model that considers the information shown in a lawyer’s profile, including their years in practice, disciplinary history, professional achievements and industry recognition. The site periodically collects background data from multiple sources, including state bar associations, court records, lawyer websites, and information that lawyers choose to provide to Avvo.

Early on in its life Avvo fought off a legal challenge by two lawyers unhappy with their ratings by citing the first amendment right to free speech.

Thomas Laffont, a senior managing director who oversees the private investments at Coatue Management, said: “Avvo’s skilled team has built a large user base, supported by a powerful platform, which uniquely positions the company to continue its creative approach to transforming the legal landscape.”

Our next event, the NatWest mmadigital FROM CLICK TO CLIENT conference, will highlight best practice in online marketing and look at the effectiveness of ‘find a lawyer’ websites. Taking place on 16 June in London, early bird booking closes on 30 April. Click here for more information.