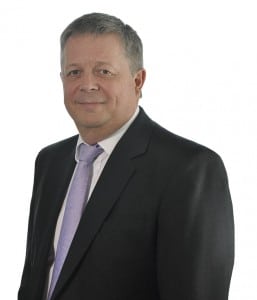 Tucker: Setting up the ABS “in keeping with the changing legal market”

Irwin Mitchell has announced the launch of an alternative business structure (ABS) with online insurer esure, called IMe Law. The move is the latest in a series of ABS deals between insurers and law firms.

Irwin Mitchell, which has a long-standing relationship with esure, said the joint venture would offer “market-leading services to clients”.

The firm said a team in Sheffield would provide legal representation for esure customers injured in motor accidents where another party was at fault.

Matt Currie, managing partner of motor at Irwin Mitchell, will be chief executive of IMe Law. Andrew Merrick, the firm’s chief financial officer, will be the COFA and Laurence Gavin, a parter based in Sheffield, the COLP.

Mr Currie said esure would have a “minority stake” in IMe Law, which would sit within the Irwin Mitchell group.

He said IMe Law was not “externally-facing” and would only service esure clients. He said the priority for both companies was to focus on “quality and customer service”, in a way that helped esure retain and grow its client base.

Andrew Tucker, chief executive of the Irwin Mitchell group, said: “This is very positive news for us and for our clients.

“We have a long-standing relationship with esure and this is a further commitment by both businesses to that relationship for the longer term.

“It is a clear vote of confidence in the levels of service we have offered to esure’s customers over many years and that will continue.”

Tucker said establishing the ABS was “in keeping with the changing legal market” and showed the firm’s “determination as a business to be at the forefront of the developing legal sector and also our continued commitment to this type of work and in ensuring clients continue to get the best possible outcomes.”

Gordon Hannah, chief operating officer at esure, said: “We are committed to the effective and speedy recovery of uninsured losses for injured customers.

“With the creation of IMe Law we are building on our long-standing relationship with Irwin Mitchell and will continue to deliver – and indeed enhance – our service to esure customers who require legal representation.”

The ABS will open for business with new clients from Monday next week. Existing Irwin Mitchell and esure clients will transfer across by 1 September.

esure was founded in 2000 by its chairman, Peter Wood, who launched Direct Line, with the aim of harnessing the efficiency of the internet. It employs over 1,500 staff across the UK.