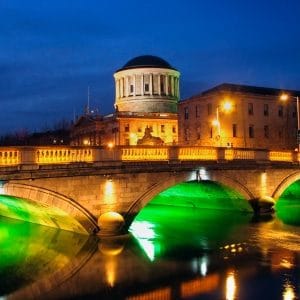 Dublin: Solicitor did not have English practising certificate

An Irish solicitor who acted in negligence proceedings against a law firm in England without the right to practise here has been rebuked and fined by the Solicitors Regulation Authority (SRA).

Orazio Gross of Dublin firm Grosso & Maldonado received the maximum penalty available without being referred to a disciplinary tribunal.

A regulatory settlement agreement published this week said that, in September 2015, Mr Grosso was instructed to bring a negligence claim against a firm of solicitors in England and Wales.

At the time he did so, Mr Grosso did not have a current practising certificate to practise as a solicitor in England and Wales, while the firm’s website wrongly stated that it was “regulated by the Law Society of England and Wales”.

He served the particulars of claim and prepared witness statements until the defendant raised concerns with the SRA that Mr Grosso was carrying out reserved legal activities otherwise than through an authorised firm.

The agreement said Mr Grosso subsequently took steps to regularise his position and was granted a practising certificate in March 2016 and obtained authorisation for his firm in June 2017.

He admitted breaching various rules; in deciding the agreed outcome was “proportionate”, the SRA said the conduct “continued for an unreasonable period and had the potential to mislead clients and others”.

In mitigation, Mr Grosso said the breaches were caused by his failure to consider properly the rules before acting in the High Court matter.

He also apologised for his failure to comply with the rules, and said he had co-operated with the SRA throughout its investigation.