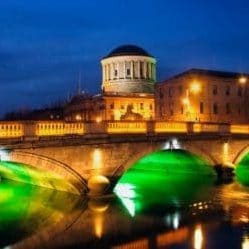 The Republic of Ireland’s single regulator for the legal profession has decided that it would be “premature” to abolish the distinction between solicitors and barristers.

The Legal Services Regulatory Authority (LSRA), set up in 2016 to take over the regulatory roles of the Law Society of Ireland and Irish Bar Council, said that following a consultation it found no “compelling evidence” to justify such a move.

However, it pledged to return to the issue within the next five years.

The LSRA was required by the Legal Services Regulation Act 2015 to report to the minister of justice on the issue of unification within four years of its establishment.

It said a unified profession “could reasonably be expected to have far-reaching consequences” not only for legal practitioners but for consumers of legal services and there was a lack of “compelling evidence” to support the change.

The regulator received only 19 responses to a consultation – 10 from organisations, four from barristers, four from solicitors and one from a trainee solicitor. A future consultation would need greater engagement, it said.

The Irish law society, Bar and Association of Judges in Ireland were all against unification.

The LSRA said it would review the question again within five years, when it anticipated that the landscape of legal services would have “evolved sufficiently”.

The report noted that reforms in England and Wales over the years had led to a “gradual erosion of distinctions” between the work undertaken by barristers and solicitors.

“The introduction of solicitor-advocates, alternative business structures, and wider direct access to barristers than exists in Ireland means that the legal profession in our neighbouring jurisdiction looks very like a fused profession.

“Yet the professional titles of solicitor and barrister remain and there is currently no indication of any impetus to change the status quo.”

The evidence from other common law jurisdictions indicated that a unified model “can operate successfully in terms of regulation and delivery of legal services”, the LSRA said.

“However, this does not mean that these jurisdictions do not face issues in relation to structural efficiencies, costs of legal services and wider issues and concerns related to access to justice and the administration of justice.”

Further, in countries with a unified professional structure, some lawyers still restrict their work to barrister-type work only. For example, in New Zealand a voluntary independent bar comprised of “barristers sole” currently exists alongside a formally fused profession.

The regulator said structural reforms to the Irish profession, outlined in the Act but not yet introduced, could “change the landscape” for legal services.

The introduction of ‘legal partnerships’ would for the first time allow a barrister to enter into a business partnership with another barrister or a solicitor.

The LSRA said it had prepared the “necessary legal framework” for them but an amendment to the Act was needed.

It was appropriate for the LSRA to “await the introduction of legal partnerships before considering structural changes to the legal profession”.

The authority said it had been considering the matter “at a time of unprecedented uncertainty and challenges for the Irish legal profession”, as well as the domestic and global economy, because of the impact of Covid-19 and Brexit.

“The fact that Ireland will soon be the only common law system in the EU and the only English-speaking country in the economic and political bloc creates growth potential for Irish solicitors and barristers after Brexit.

“At a more fundamental level, the UK’s departure from the EU potentially raises questions for the future of the common law system in a union where a largely homogenous system of civil law dominates.”