IPS applies to raise fines limit for legal executives from £3,000 to £50m 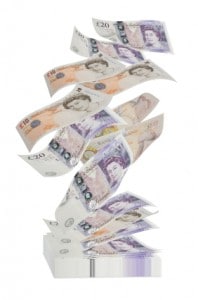 ILEX Professional Standards (IPS) has applied to the Legal Services Board (LSB) to raise the maximum fines limit for chartered legal executives from the current £3,000 to a top level of £50m.

The maximum fine the Solicitors Regulation Authority (SRA) can impose on solicitors is currently £2,000, but it emerged in September that the regulator is seeking to extend this to £10,000 – having previously been denied the £50m level (and £250m for firms) to bring it in line with the fines for alternative business structures.

IPS said that “in order to maintain the effectiveness of fines” higher limits were needed which reflected changes in its “regulatory remit”.

These include practice rights enabling chartered legal executives to carry out litigation, immigration work, conveyancing and probate without the supervision of a solicitor. IPS will also be able to regulate non-ABS firms from next year, after the House of Lords .

Chartered Institute of Legal Executives (CILEx) practitioners, who exercise the new rights, and “approved managers” in IPS-regulated firms who are responsible for supervising them, will be subject to the maximum individual fine of £50m.

IPS said the level of fines for firms would range from 0.5% to 5% of annual domestic turnover.

The regulator said that CILEx members, including students, would be subject to the lower individual limit of £100,000. Members either conduct reserved legal activities under supervision or work in an unreserved sector such as will-writing.

“The increase in fines for this sector of IPS regulated community was necessary to reflect the work that CILEx members undertake where clients may be particularly vulnerable,” IPS said.

“An increase in the fine level will ensure that there is an adequate deterrent. It will bring consistency between legal services regulators. It will also demonstrate to the public and consumers that IPS has considered the risks that its regulated community may pose to their interests and that it is able to protect them adequately.”

IPS said there was “some misunderstanding by the Legal Services Consumer Panel” which “appeared not to fully appreciate” why students might face a fine.

“The reason students may face a fine is because under the CILEx route to qualification most students will be working within a legal practice while studying. Therefore the level of risk will be the same or similar to other CILEx members.”

IPS said the top limit of £50m for CILEx practitioners and approved managers was a “new fine level for a new group of regulated individuals” and reflected their level of responsibility.

The regulator said the proposed fines for firms were “intended to enable IPS to have suitable powers for all sizes of entity including large practices”.

IPS added that there were three stages at which fines are currently imposed – after determinations by consent, after findings of misconduct by a disciplinary tribunal and after an appeal panel hearing.

There is no limit on the fines that can be imposed by the Solicitors Disciplinary Tribunal.