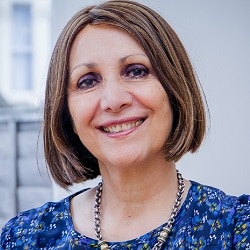 Smith: Being able to call yourself a solicitor makes the difference

A solicitor specialising in intellectual property has described “waiting in the wings” for two years to close down her regulated law firm and reopen as an unregulated business.

Shireen Smith, chief executive of Azrights, said no clients had left since she launched the new firm at the start of this month, taking advantage of solicitors’ new freedom to practise from unregulated firms.

“Being able to call yourself a solicitor makes the difference,” she said. “I’m still regulated by the SRA, which must give some comfort to them.”

Ms Smith said Azrights, which has stopped doing litigation and now carries out no reserved activities, could have become unregulated at an earlier stage, but until the Solicitors Regulation Authority (SRA) changed its rules in November last year, she could only have operated as a non-practising solicitor.

When she asked clients in an online survey if they would continue to instruct her if she became a non-practising solicitor, around 30% said they would not.

The sole practitioner said she had not lost any clients since she announced the switch to an unregulated firm earlier this year.

“Everybody seems happy. I’m getting new business and old clients are still coming to me needing things.”

Ms Smith said litigation was never a big part of her practice, and she could introduce those who needed it to other lawyers.

Azrights Solicitors closed on 31 March, and Azrights International, her training and events company, bought the assets of the former law firm.

She paid a “very significant” premium for run-off cover for Azrights Solicitors, but her indemnity insurance premium was now much lower than when she was running a regulated firm – so much lower, in fact, that she expected the savings she made over the next three years to equal the run-off cover.

Had her firm remained regulated, Ms Smith said she faced not only a rise of 20-30% in her indemnity insurance premium last month, but a corresponding hike in her future run-off bill.

She said Azrights, which used to have an office in central London, was now a fully virtual firm based in Hastings, where she moved last year with her husband.

“I love what I do, and I didn’t want to sell the business to a competitor.”

Ms Smith said that, rather than employing people, she relied on experienced lawyers who operated as self-employed consultants, like Michael Harrison for trade marks and patents, or Nick Thomas for corporate work.

She said the new Azrights would be offering wider services than simply IP advice, such as support with branding and brand development, business growth and in-house legal services.

“I enjoy being able to give a rounded service and help people with their businesses, rather than just providing legal advice.”

Ms Smith said she hoped to get in a position where she could focus on running and growing the business, rather than on the technical work of being an IP lawyer.

She said she was working on a book, to be published next year, to help businesses wanting to “perfect, promote and protect” their brands. She was also preparing a podcast on a similar theme to run from next month.

Ms Smith said that before the arrival of the Standards and Regulations in November, the SRA felt that “solicitors had one hand tied behind their back and couldn’t compete properly”.

She added: “I was dying for the regulations to come in. They were delayed and I had been waiting in the wings for two years.

“I’m surprised more people are not taking up the option of practising from non-regulated firms, rather than becoming a freelance solicitor.

“Why not set up a company and become a non-regulated business?”