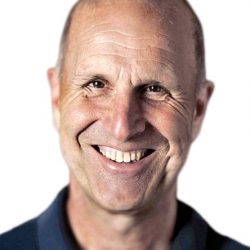 A representative action has been launched against IP law firm Marks & Clerk alleging that it “grossly overcharged” thousands of small businesses by operating a “secret commissions scheme” with IP management business CPA Global.

Both Marks & Clerk, a business headquartered in the City, and Clarivate, which owns CPA Global, strongly deny any wrongdoing and said they would “vigorously” defend the claim.

Marks & Clerk has nine offices in the UK and nine more around the world.

The representative action has been brought by Commission Recovery Ltd (CRL), a company set up by IP enforcement specialist and former solicitor Peter Rouse to help “affected businesses seek justice and compensation”.

City boutique solicitors Signature Litigation are acting for CRL; the case is backed by an unnamed litigation funder.

“These referred clients – who are overwhelmingly SMEs – were unaware of these commissions and subsequently paid far more for the services than they should have.

“Evidence suggests that secret commissions paid to M&C are likely to be more than 20% of the total amount paid by clients to CPA Global for renewal services in some cases.”

CRL said it believed that Marks & Clerk had earned between £2m and £3m every year in the UK from the commissions, “with the total figure likely to exceed £50m”.

It warned that being overcharged could “seriously endanger” the survival of SMEs.

Because of their small size, many of them would lack the resources to conduct due diligence on legal expenses such as IP renewals and would not by themselves have “the means to pursue a legal recourse” against a large organisation.

Mr Rouse began investigating CPA Global’s charging practices for IP renewals in 2015 and has since “assisted law firms and IP owners with analysis of invoice data” to address the recovery of “unauthorised charges” and finding alternate suppliers.

Mr Rouse said: “It is simply unacceptable that a firm like Marks & Clerk would develop a secret commissions scheme, solely designed to line their own pockets while exploiting the very businesses they claim to serve.

“We want to provide a mechanism for affected businesses – who have been taken advantage of for years – to seek the justice and compensation they deserve. The potential damages owed could be the difference between survival and insolvency for SMEs across the country.

“CRL are committed to holding M&C and other professional organisations to account for their actions and prevent the future exploitation of vulnerable businesses.”

“The claimant, Commission Recovery Limited, and Peter Rouse are commercially driven and motivated by their own business interests.

“The allegations mischaracterise the work we undertake and our relationship with CPA. We will defend the claim vigorously.”

A spokeswoman for Clarivate, which acquired CPA Global in 2020, said the company “categorically and emphatically denies any wrongdoing in our business and will defend against any such claims vigorously”.

CRL alleges that the practice dates back to 1969, when partners from several professional services firms, including Marks & Clerk, “came together to form a company, which has since become CPA Global”.

It went on: “The creation of CPA Global allowed the founder firms, including M&C, to transfer away the risks and costs associated with IP renewal services, by referring their clients’ IP rights renewal work to CPA Global.

“M&C and other founder firms wanted, however, to continue making a profit from IP renewal work, despite transferring away the work and risk, and so instituted a system of secret commissions.

“Under this system, we allege, CPA Global pay commissions to M&C each time a registered IP right was renewed. Those commissions were funded by M&C’s unsuspecting clients.”

CRL said the claims should not be statute barred on the basis that M&C and CPA Global “deliberately concealed their actions from their clients”.