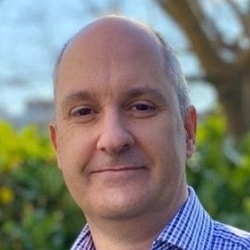 Naylor: Five-year plan achieved in one

A professional services consultancy specialising in advice to foreign businesses wanting to set up in the UK has become an alternative business structure (ABS) after “exponential growth” in 2020.

Founder Richard Naylor told Legal Futures that Queensbury now has 12 permanent staff and 15 consultants, compared to four and three respectively at the start of the year.

Mr Naylor, an accountant and former finance director of a City law firm, said the ABS, based in Milton Keynes, was planning on opening three new offices next year – one in London, one in Dubai and one in the USA.

He said Queensbury, which he founded in 2015, had advised 150 foreign businesses on £20m of new investment in the UK and the creation of 400 jobs. It offers a wide range of strategic and operational services to companies, including legal services.

The firm is moving into a new office in Milton Keynes next week, three times bigger than the existing one.

“Our approach has been: ‘Can we do it?’ Unless someone can come up with a reason why not, then we’ve done it.

“We’ve picked the right people and had the right plan and strategy. We’ve seen opportunities and brought people in to fill those gaps. It has paid off much sooner than expected. We’ve achieved our five-year plan in 12 months.”

Solicitor Pavandeep Benning, head of immigration, joined in September last year. The head of legal practice for the ABS, she is the only solicitor among Queensbury’s seven partners, although it has three other lawyers and a paralegal. Mr Naylor is head of finance and administration.

He said ABS status, obtained last month under the name QCL Associates, gave the firm the ability to expand from immigration into other legal services, such as corporate and commercial, private client, property and employment.

Mr Naylor said the firm had thought about what clients needed and how they could be serviced without having to go separately to an accountant, tax adviser or a lawyer.

He said one reason for the firm’s rapid expansion was its flexibility and “family-friendly” approach, encouraging staff to “pick up their kids and go to nativity plays”.

Mr Naylor said Brexit would lead to a “massive amount of opportunity” and he did not see it as “particularly negative” because so many people were interested in setting up in the UK.

“We’re in the business of persuading people to set up in the UK. Brexit is another way that can happen.”

Mr Naylor said many of the firm’s clients were from India and the Middle East and the firm already had an affiliate presence in the US that referred work to it.

He added that recruiting more staff was not a priority for 2021 as Queensbury needed to “pause for breath”, and instead he hoped some consultants would become permanent staff.