Investors back start-up that turns collaborating lawyers into virtual firm 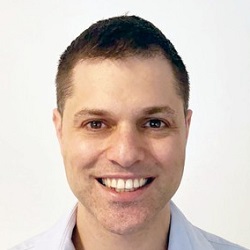 A lawtech start-up has far exceeded its target to raise funding of £120,000 for software that links lawyers who know each other so they can seamlessly collaborate remotely and compete with large firms.

In the long run, Legal Connection is hoping to take a chunk of corporate spending from large City law firms and has so far raised just under £200,000 from nearly 400 investors using the CrowdCube investment website.

Documents are stored in the cloud and can be accessed remotely by authorised parties using any device.

Rather than laboriously scanning documents, photos can be uploaded directly from phones, while time can be logged and invoices generated in a way which appear to the client that it is dealing with a single entity, although there is no pretence of a single legal brand.

Chief executive Guy Stern, a South African computer expert who founded the company in 2016, said it was a way of “leveraging social capital” that would give disparate lawyers a fighting chance of competing with established firms.

Eventually the price advantage they could offer – for similarly expert legal advice – would be irresistible to in-house corporate departments desperate to reduce their legal spend, he predicted.

“[So] you don’t need a large law firm any more, especially when you’ve got really good tech in place. For us it was about building that tech.”

Mr Stern argued that actually working with lawyers a client trusted – and with the lawyers they in turn trusted – was better and cheaper than going to a big law firm with an overall trusted reputation.

Mr Stern continued: “I always make the analogy that you wouldn’t go to one pizza shop and ask them for a referral to another pizza shop, but you will very often go to a lawyer and ask them to refer another lawyer. We are basically building a platform which allows those lawyers to derive value out of their relationships.”

He conceded that, in the short term, the company’s “meat and potatoes” would come from smaller firms. “But in the long run there will be downward pressure on price. No one can throw money away forever.

“Whenever I hear [of a large corporate acquisition leading to a big law firm being employed] I think ‘why?’”. He added: “If someone says we can get exactly the same service and the same level of people for half the cost, [then sooner or later] someone is going to say ‘OK, do that’.

“If you fast forward a bit, what you get is a world that is rebuilding . We are building the tech for that world, starting with little law firms and working our way up.”