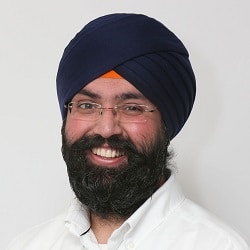 Dubious investment schemes involving solicitors are becoming “far more sophisticated” and leading to a “huge number of claims” on the Compensation Fund, senior officials at the Solicitors Regulation Authority (SRA) have warned.

“The risk from these schemes hasn’t changed,” Mr Loyal said. “What has changed is the way the schemes are being carried out.

“They used to be badged as high-yield investment schemes, but now they’re looking more and more like conveyancing transactions or routine legal work.

Speaking at a session on the accounts rules at the SRA’s virtual COLP and COFA conference, Mr Loyal said the SRA had seen some “really sad stories” of how the investment “dream” was portrayed.

Instead of the 500% return they had been promised, investors ended up with no money and no redress.

“We’re seeing huge numbers of claims coming into the Compensation Fund. The fact that they’re coming in doesn’t mean we’ll be able to pay them.”

Mr Loyal said the Compensation Fund – which is paid for by the profession – would only kick in if the service provided by the solicitor could be described “usual business”, and more than just “providing credibility” or checking some terms and conditions.

“The amount of money being lost through these schemes is quite unbelievable and really sad.”

Sean Hankin, head of forensic investigation and intelligence at the SRA, said he had recently investigated “quite a few large and high profile” investment schemes, which had “not always ended well” and resulted in law firms being closed down by the regulator.

“These schemes have become far more sophisticated over the years. They used to be fairly easy to spot because of the level of returns, but now the returns are high, but not outlandish.

“They’re usually linked to property, because everyone loves property and it’s perceived to be safe.

“Because it’s packaged as a property transaction, law firms are less concerned about providing a banking facility.

“The damage these schemes can cause and the amounts of money involved are quite frightening”.

Mr Hankin said law firms using client accounts as a banking facility were one of the main reasons why accountants qualifed the annual reports they sent to the SRA and could lead to site visits from his investigation team.

If the amounts involved were “not too high” and the financial controls good, Mr Hankin said he was not too concerned about them.

Where there were large amounts of residual balances, which the law firm “could not quantify” and had no plan to deal with, they were “a real risk to clients”.

On the impact of the pandemic, Mr Hankin said he believed the greater flexibility of the new accounts rules – which have now been in force for a year – have helped law firms in a “very difficult” time.

He said the SRA had given accountants “some leeway” in terms of the deadline for sending in their annual reports, and he understood it had become harder to access information, but the regulator “could not wait forever”.