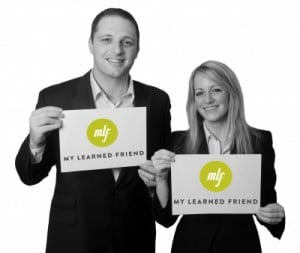 My Learned Friend [2] (MLF), the brainchild of Manchester-based marketing specialist Rick Yates and trainee solicitor Chelsea Bond, has recently received a £60,000 private investment from a technology investor. The site has soft launched and is due to launch formally in April.