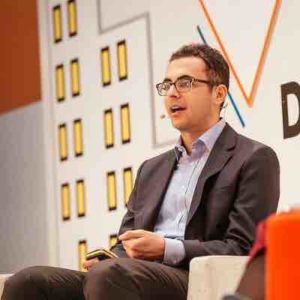 The student entrepreneur who developed a ground-breaking free chatbot ‘robot lawyer’ to help people challenge parking tickets is working on an ambitious plan to automate the divorce process with the assistance of a team of salaried paralegals, it has emerged.

Josh Browder, a Londoner studying undergraduate computer science at Stanford University in the US – who made worldwide headlines in August 2015 with his artificial intelligence (AI) DoNotPay chatbot – has obtained funding for legal support from Silicon Valley venture capital fund Greylock Partners, at which he is entrepreneur-in-residence.

Earlier this month, Mr Browder launched 1,000 legal chatbots covering simple legal forms in the US and the UK – including consumer and workplace rights matters ranging from maternity leave to landlord contract violations.

The interactive chatbot software enables a user to input data into a form by answering straightforward questions, without human intervention.

Last week, he followed the launch by opening up the chatbot platform to all-comers to create legal bots at no cost. DoNotPay said it would develop the document production software free for anyone that approached the company with an idea.

In a blog, Mr Browder said: “Starting today, any lawyer, activist, student or charity can create a bot with no technical knowledge in minutes…

“You can use your bot to save money within your business, provide a better experience to clients or improve access to justice. Regardless, you will establish yourself as a leader in legal technology by having a cool bot link to share.”

It was expanded last year to provide free legal help to the homeless and asylum seekers – for instance to make asylum support applications.

Computer giant IBM has offered its Watson natural language AI platform to DoNotPay at no charge.

Speaking to Legal Futures from the US, Mr Browder said opening the platform was aimed, among others, at lawyers: “The people who understand the problems of the legal industry the most are… lawyers. But there is no technical innovation…

“So I think if I can give lawyers the ability to create their own bots, the people who understand the problem the best can create the technical solution to solve it.”

He said that he was working “over the next few months” on “automating entire processes, for example marriage, divorce, immigration and bankruptcy” at no cost. He observed that “ironically, it’s really expensive to go bankrupt”.

He added: “In the long run I have no idea [where DoNotPay is going]. I’m just trying to help as many people as possible and roll with the idea.”

He said “so many” people had volunteered to help with developing the chatbot and Greylock had funded the salaries of four paralegals to help with the latest expansion.

He reported that in the few days since the platform was opened up, he had received about “three dozen bots submitted” from the US, the UK and in Spanish.

From the UK, ideas for chatbots had emerged to help with privacy and copyright. One firm attempted “to automate invoicing internally – and that’s probably saving them money”, he said.

Mr Browder stressed that he was not interested in DoNotPay becoming paid for: “It’s a completely free service. I think it would never work if it costs money. I think for it to be a truly great product it should be free for everyone.”