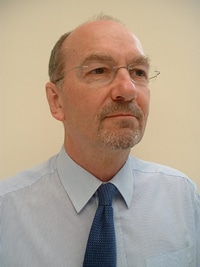 Nick Draycott, director of GoDirect2Barristers.com, has adapted online mapping technology to produce a site which he argues offers improved direct access to the Bar.

Mr Draycott acknowledged that there is a range of other online directories, including MyBarrister, Find A Barrister, Advise Me Barrister, Stobart Barristers and CallMyBarrister – recently launched by David Malone QC.

But he believes that coming from a background in search engine optimisation (SEO) and online marketing expertise gives GoDirect2Barristers.com the edge.

Mr Draycott, who has a law degree, runs a number of companies. One is Alchemy Online, an internet marketing company which specialises in providing information in innovative ways, such as adapting Google mapping technology.

Mr Draycott said: “I’m very aware of the legal profession and although direct access has been around since 2004, the idea has only really gained traction in the last year or so.

“I looked at what was available in the market place in supplying the general public with access to barristers and thought that most of the directories were very similar. I thought that we could apply mapping technology to provide a resource which was a bit more interesting and very user-friendly.”

The site, which went live last week, features Mr Draycott as a pop-up talking head when a user first lands on GoDirect2Barristers.com. It combines a list of specialisms with colour codes for levels of experience, coupled with the geographic location of barristers – so a user can put in their postcode and generate a list of barristers near to their home.

Mr Draycott said that another way he hopes to differentiate from the other direct access listings sites on the market is by using his knowledge of internet marketing to shoot up the Google page rankings.

By setting up a host of ‘feeder’ sites under key search terms such as ‘employment law barrister’ or ‘criminal law barrister’, those feeder sites will link in with the main website to push the directory higher up the organic Google rankings. This is also more cost-effective than using Google’s pay-per-click advertising, he said.

GoDirect2Barristers.com will use some pay-per-click advertising, but only for more specific search terms on sites such as Google, Yahoo, Facebook and LinkedIn.

Mr Draycott said the website will make money because it has low costs – the expertise it relies on is in-house and he believes that direct access registered barristers who sign up to the free basic listing, will graduate to the premium listing for £197 per annum.

For that yearly fee, a barrister’s profile on the directory will also have their e-mail address, first name (rather than initial), chambers, a full detailed profile, link to their chambers or personal profile, all specialisms (rather than just one), and access to the company’s online reputation management support.

Mr Draycott said: “We’re quite happy to go and see people and advise them on how to market themselves. It is brave new world for a lot of barristers. They’re suddenly out there having to do it for themselves without work being generated by solicitors. We’ve being doing lead generation for years.”

The online tool for reputation support – ‘Raising The Bar Online’ – claims to ‘demystify the world of digital marketing’ for barristers and provides information on acquiring, converting and keeping clients.

The directory already has more than 40 barristers registered and, with a number of chambers in discussions to sign up their entire set, that number will likely rise to more than 100 shortly.

But the aim is for thousands – the company has 2,000 barristers on its database. With up to 4,500 direct access barristers, Mr Draycott said he wants a sizeable slice of the market.

It has been launched with the group’s own funds and Mr Draycott said that he hoped to be “turning over a reasonably substantial amount” in the first year.

He added: “The beauty of it, as far as we’re concerned, is the two key elements of sophisticated technology and the ability to market the site are in-house. We have far lower costs than we think our competition do and are more flexible in our approach. We understand the internet backwards. There’s no reason why we shouldn’t succeed, we think we’ve got the best product out there.”

GoDirect2Barristers is aimed at both individual and business clients and is searchable by specialism, years’ call, location or name.

Prospective business clients will be targeted through extensive use of LinkedIn and the directory’s membership of relevant industry groups.