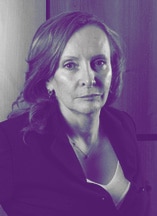 A boutique commercial firm with strong links to south-east Asia has become an alternative business structure (ABS) as part of its growth plans, which include forming an alliance with several Middle East law firms.

The alliance, with four linked firms in Dubai and Abu Dhabi – cities in the United Arab Emirates – could be the prelude to a more substantial relationship, according to its managing partner.

Six-partner Needle Partners was granted its ABS licence by the Solicitors Regulation Authority with effect from 1 December. The firm has law offices in Leeds and London, and a marketing-only office in Kuala Lumpur, Malaysia.

It was founded in 2007 by the ABS’s head of legal practice and finance and administration, Sharon Needle, who is also a barrister admitted in Malaysia, where she practised for a number of years. She is fluent in Malay/Indonesian and has a working knowledge of Arabic.

Ms Needle, who was head of the south-east Asian desk at Eversheds and later head of finance at Newcastle firm Watson Burton, told Legal Futures the firm also hoped to build its consultant base from the current three lawyers, and to increase its presence in London in the New Year.

The Middle East expansion, which will be formally announced next month, was “an alliance in the first instance”, she said. “It fits in very well with our Malaysian presence, as well as the strong regulatory offering that we have because that’s quite a big area over there.”

It would start off low key: “We’re doing it in a way that is not going to involve a huge investment [but] will open opportunities for both of us in a mutually beneficial way, we hope.”

In the long run, the alliance could become a firmer relationship, she suggested. “We will be working very closely with local firms out there. We’ll be part of them but separate for the time being…

“We already have clients in the Middle East [and] we are working with people that we know and we’ve worked with. It’s a friendship alliance, really, with people who are quite similar to us…

“We are looking to see how that will grow… we want to do a bit of dating first before we go straight into a marriage.”

The ABS was part of a process of “becoming more flexible about how we run the business”, she said. “We are being a bit more flexible in who we are, what we do, who sits underneath our umbrella, and being a bit opportunistic.”

Ms Needle said that taking external investment was possible at some point. “We don’t have investors at the moment, so we are not really a firm that is looking for investment. But you never know, if someone came along… it’s always a possibility but at this time we are just focusing on doing good-quality work for our clients and training people.”

Needle Partners focuses on regulatory and compliance work. Most of its work is international. Among the services it offers is Islamic finance and investment, and the firm’s website claims it is “one of the few UK practices outside of London with a genuine capability in this increasingly important specialism”.