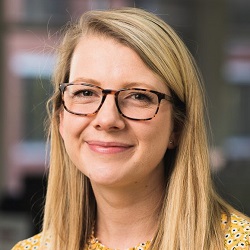 New forms of intervention introduced in other countries to ensure the ongoing competence of lawyers – such as annual assessments and greater self-reflection – will influence reform in England and Wales, the Legal Services Board (LSB) has indicated.

A report it commissioned made clear that although continuing professional development (CPD), “in some form or other”, was likely to remain at the heart of any ongoing competence scheme, “it should not be expected to act as the sole guarantor of a practitioner’s continuing competence”.

It added: “Other tools, such as guidance or training on how to approach self-reflection, or on how to mentor and support others, are also important.”

The LSB issued a call for evidence on continuing competence last autumn, and in a report on responses in February [1] said it would be going ahead with action to ensure regulators introduced checks.

It has now published a report from legal consultancy Hook Tangaza [2] on approaches being adopted in other jurisdictions and LSB regulatory policy manager Margie McCrone identified developments in the Netherlands, Scotland, Canada and Australia in particular that would “inform” its work.

These are jurisdictions that have taken “a first-principles approach to assuring ongoing competence, thinking about what they are trying to achieve and why”, she explained.

In 2020, the Netherlands Bar introduced new rules requiring all advocates to undergo an annual assessment of their competence in the form of either a peer review of case files or expert-led discussions with peers on ethics or professionalism.

The Faculty of Advocates, the Scottish Bar association, has a quality assurance scheme to assess the competence of members of the Bar. Since it began in 2016, 20% of advocates have undergone a competence check, which includes an oral advocacy exercise focused on an individual’s practice area, which is reviewed by trained senior advocates.

Workshops are provided to reinforce and develop advocacy skills in advance of the assessments.

The Law Society of Alberta in Canada, meanwhile, has introduced a resolution and early intervention process, which takes place when a complaint about a lawyer is not sufficient to trigger a sanction but warrants some other type of intervention.

An early intervention counsel reviews the complaint and considers how the individual’s practice could be improved, including through education and guidance as is needed. “This offers an opportunity for remediation rather than simply punishment,” said Ms McCrone.

“On a similar vein, in Australia, rehabilitative sanctions can be ordered that address concerns about competence, including requirements to undertake further legal education (New South Wales) or be placed under supervision (Victoria).”

The Law Society of Alberta also periodically supplements CPD with mandatory activities and “initiatives designed to address competence in areas relevant to all lawyers”, such as professional conduct, cultural competence and access to justice.

Back in Victoria, a review of CPD last year has led to a competence framework for legal professionals, actively promoting self-reflection, and CPD activities on topics such as ethics, diversity and inclusion, and use of technology.

Ms McCrone said: “Self-reflection has also been a priority for the Netherlands Bar, which has introduced a CPD self-reflection tool.

“This takes advocates through a process to assess metrics of expertise, interaction and attitude to identify strengths and weaknesses in their practice, and ultimately, encourages them to reflect on their competence.”

She said the LSB would also shortly be publishing “ground-breaking” research into the public’s views on whether the current arrangements give them sufficient confidence in the ongoing competence of lawyers.

The Hook Tangaza report concluded that, whilst CPD “inevitably has a role to play in maintaining the ongoing competence in lawyers”, it could not be the only tool – a “wider framework” was needed.

It found that “many practising lawyers do not understand the distinction between the public interest driver for CPD and their own personal interest”.

This meant there needed to be more work done “to embed a stronger lifelong learning culture from qualification onwards”, to provide greater guidance and training on how to undertake self-reflection, and “to mark out the difference between learning that the regulator needs to get the lawyer to do in order to fulfil some public interest purpose and learning that lawyers should be responsible for themselves”.

Hook Tangaza warned about the need to address the cost-benefit ratio of any measures taken.

“In too many jurisdictions, the introduction of more regulatory measures and additional requirements and hours are seen as somehow ‘better’.

“Caution should also be used in extrapolating from the experience of other jurisdictions. The Faculty of Advocates’ quality assurance scheme may be very positive in its specific circumstances but could be difficult and expensive to roll out in a wider context.”

The report noted to that the regulators in Alberta, Victoria and the Netherlands were all independent and separate from the professional representative function of a traditional Bar or law society.