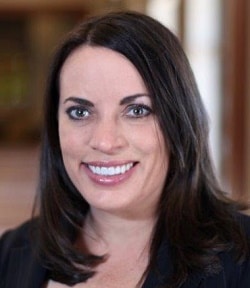 International firm Bryan Cave has set up a team of tech-friendly lawyers from its offices around the world to cut through the “hype” around the use of artificial intelligence (AI) in law firms.

Katie DeBord, chief innovation officer at Bryan Cave, said: “There is a lot of hype about AI and the state it’s in today. For the people using it, the hype does not live up to the reality.

“I read articles about firms hiring robot assistants, but that’s not where we are now. AI has enormous potential capabilities in the law, but the real value comes from lawyers being part of the conversation when these tools come out.”

Ms DeBord criticised the “cloistered world” of legal tech, where conferences were held with very few practising lawyers. “They’re full of technologists, and knowledge management officers and IT people, but often practising lawyers are simply not at the table.”

Bryan Cave was one of the first US-based firms to pilot ROSS Intelligence, a research tool based on IBM’s Watson. The pilot started in October 2015 and was followed by a licence agreement with ROSS in November last year.

Ms DeBord said the firm’s new technology group, TechX, would act as an “incubator of ideas”.

She went on: “We have clients asking us all the time what we know about AI tools and when they can start using them, because they can see we partner with people like ROSS.

“One of the aims of TechX is to educate lawyers to handle this kind of enquiry properly, so they can explain with confidence what a tool can do now and what its role might be in the future, because they have interacted with that tool and evaluated it.”

Ms DeBord said another aim was to give legal tech companies feedback on the tools they are creating to help ensure they are relevant to lawyers.

Along with Ross, she said TechX would be evaluating how Kira, which searches and analyses text, could be used to improve due diligence, and RAVN’s AI platform, which can interpret and summarise key information from documents, could help identify and retrieve precedents.

“One problem with AI-based tools can be that they lack nuance. They are good at dealing with basic rules of law, but find it more difficult to find exceptions. Machine-based learning tools need to find a way of building in feedback so users can train them.”

Ms DeBord said it was important that experienced lawyers were involved in training AI tools, before first-year assistants were allowed to use them.

She said TechX aimed to attract newer tech companies and start-ups, so that its experts could give feedback on software, become early adopters and then potentially partner with them, and possibly invest in them.

Bryan Cave is unusual in building its own proprietary software for use by the firm and its clients. Ms DeBord said another role for TechX would be evaluating this software.

“When we started building systems for clients, we began to really understand their legal needs. Our software helps them do many different things to improve the way they manage themselves, such as providing a simple and easy system of contract management.”

Ms DeBord said TechX was also discussing with two law schools in the US how their students could best be taught about the new legal technology.

She added: “A lot of law firms are trying to tackle innovation, but their lawyers need to understand it for it to be successful.”