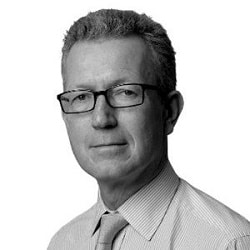 A former chief executive of Natural England is to take over as interim chairman of the Legal Services Board (LSB) next week after Sir Michael Pitt’s term comes to an end without the recruitment exercise for his successor having even begun.

Dr Helen Phillips, who has been a member of the LSB for two years, takes over for the time being, while Serco general counsel David Eveleigh and Marina Gibbs, director of competition policy at Ofcom, have also been reappointed for three years as member of the board.

We revealed last month that Sir Michael was not going to seek reappointment after the Ministry of Justice decided to hold an open competition for the post.

Dr Phillips is also chair of Chesterfield Royal Hospital NHS Foundation Trust, a member of the Sheffield Business School advisory board, and a director of the governing body of Mount St Mary’s College. Her earlier career was primarily as a regulator, and most recently as a board director of a regulated utility, Yorkshire Water, where she was responsible for networks and customer service, and chair of Loop Customer Management, a Kelda Group subsidiary.

Prior to this she was chief executive and board member at Natural England and held a variety of roles in the Environment Agency.

Both the Legal Ombudsman and Legal Services Consumer Panel have new chairs – Wanda Goldwag and Dr Jane Martin respectively – while ministers have approved an LSB decision to reappoint three members of the panel: Cathy Gallagher, who works at the Law Centres Network, Michelle Goddard, director of policy and standards at the Market Research Society, and well-known consumer advocate Marlene Winfield.

Meanwhile, Simon Davis, a commercial litigation partner at City giant Clifford Chance, has won the election to be named the next deputy vice-president of the Law Society. All things being equal, it means he will be president in July 2019.

He has been at Clifford Chance his entire career and is a former president of the London Solicitors Litigation Association.

Mr Davis said: “It is a great privilege to have been elected to represent the profession.I intend to represent the Law Society’s broad spread of members as I represent my clients – finding out and resolving the challenges they face, permitting our members in turn to devote their energies to representing the clients who depend on them.”

The election is held among members of the Law Society council. The current deputy vice-president, who will become vice-president in July, is Christina Blacklaws, while Bolton solicitor Joe Egan will become president.