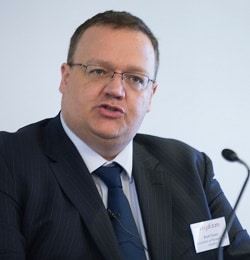 If the definition of whiplash in the Prison and Courts Bill does not encompass back injuries, then it will provide “a loophole for fraudsters”, MPs were warned yesterday.

Meanwhile, the Association of British Insurers (ABI) admitted it did not know how many insurers would pass on the savings made by personal injury (PI) reform, but argued that those that did not would lose business.

Yesterday saw the first day of the bill’s committee stage, during which the provisions are gone through line by line by a group of 19 MPs. Any amendments will then be considered by the House of Commons as a whole in the report stage.

This first day was taken up by witnesses giving evidence on various parts of the bill, with the final group made up of James Dalton, director of general insurance policy at the ABI, Brett Dixon, vice-president of the Association of Personal Injury Lawyers, and Rob Townend, UK claims director for Aviva.

Mr Dalton told the committee the ABI has “significant concerns” with the definition of whiplash in clause 61 of the bill, as it includes neck and upper torso injuries, but not back injuries.

Mr Townend explained: “You will see displacement of claims from purely neck injuries to back injuries. The analysis we have done suggests that 60% of the claims that are currently wrapped under small soft-tissue injuries will drop out.

“Without the displacement impact, where people will claim, I think it gives a loophole for fraudsters and I do not think it will help to reduce nuisance calls.”

Mr Dixon countered that “if you were to ask a medic, or you were to ask a lawyer to give a go at what a medic would say, they would say it is soft-tissue injury to the upper torso and neck that has been caused by hyperextension or hyperflexion”.

There was disagreement over the government’s own figures from the Compensation Recovery Unit, which show whiplash injuries falling. Mr Dalton argued that the number of back injury claims has gone up significantly, saying that “claimant lawyers re-labelling what is essentially the same injury as a back injury rather than a whiplash injury does not mean that the claim has gone away”.

But Mr Dixon pointed out that it was the defendant’s representative who provided the unit with details of the case.

He continued: “I would urge the committee not to be taken in by the hyperbole prevalent in the sector and think how we as a society we would want to deal with someone who has been genuinely injured as a consequence of somebody else’s negligence.

“There should be consequences for wrongs, and insurance is there and takes a premium to cover people in those circumstances. If there are issues with people pursuing claims that are not genuine, that is a completely different thing for the committee to look at. We should not impact on genuine people and the fabric of our society in an effort to deal with that problem.”

Mr Dalton said that some firms – including Aviva – have committed to pass on the savings, but admitted there was “no figure” of how many in total would do so.

“The market is highly competitive. There are 97 businesses in the UK that write car insurance. If one firm fails to pass on the savings—that may happen—the premiums charged by that firm will be higher, so consumers will switch.”

Mr Dalton was also put on the spot by Labour MP Nick Thomas-Symonds over his assertion that, in 2015, there was £800m of detected insurance fraud and around 70,000 cases. He conceded that he could not say how many of these cases were actually proven before the courts.

Mr Townend – who acknowledged that the insurance industry had a role in creating “the problem” by settling claims too quickly – said Aviva started defending claims “a couple of years ago”. Since then, it has challenged 1,700 claims in the courts, with a success rate “of something like 70%”.

In all, Aviva does not pay 10% of whiplash claims.

All three supported a ban on cold calling by claims management companies, and Mr Dixon said: “If you take rogue claims management companies out of the equation and ban this insurance-led practice of making pre-med offers, then I think you deal with most of the problems in the sector that we are hoping to deal with through the bill and maintain the position of the genuine claimant who wants access to justice.”

The committee is sitting again today and for another four days in April after MPs return from the Easter recess.