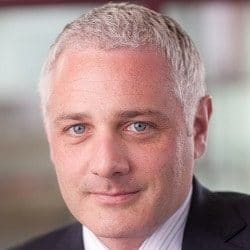 It is time to ditch the increase in the small claims limit for employers’ liability (EL) and public liability (PL) cases and focus instead on delivering the RTA portal on time, the Association of British Insurers (ABI) has said.

James Dalton, the ABI’s director of general insurance policy, said “tough compromises” were required to secure the launch of the portal by April 2020 as “there remains a significant amount of work to do”.

He said the idea of doubling of the EL and PL limit to £2,000, though part of the reforms originally proposed by the Ministry of Justice, has “largely gone unnoticed” given the focus on road traffic accident (RTA) claims.

It remained government policy “but I think that the time has come to ask whether this policy remains right, especially in the context of the serious amount of work that needs to be done to deliver the wider RTA reforms”, he wrote on the ABI website.

“The IT portal build remains on track, but the policy and regulatory underpinnings of the wider package of reform remain a cause for concern… It seems to me that our collective effort should be on ensuring we get these reforms done and that we get them done right.”

Outstanding issues include what Mr Dalton has previously described as “a real danger” of whiplash claims subject to the tariff under the new regime being displaced by claims for “disproportionate” compensation for minor injuries such as bruised knees and sprained wrists.

He has called for clear guidance on how to provide a proportionate valuation to minor injuries.

Other unresolved questions are how the alternative dispute resolution process that will be part of the portal for unrepresented claimants will work, and how MedCo will be adapted to allow members of the public to obtain a medical report – a Ministry of Justice response to a consultation on this is still awaited and could be delayed further still by a general election.

Mr Dalton wrote: “We should be concentrating on delivering the regulatory underpinnings for an IT platform that supports unrepresented claimants to make whiplash claims by April 2020.

“I think that not continuing to pursue the proposed increase in the SCT for EL/PL claims, should ensure that all stakeholders are able to focus on the successful delivery of the changes for RTA claims.

“Insurers remain committed to making these reforms a reality. But to do so, we need to be pragmatic, focused and ready to make tough compromises. By not pursuing an increased SCT limit for EL/PL claims, insurers are playing our part to help make the RTA reforms a reality.”

His comments were welcomed by Paddy Lillis, general secretary of shopworkers union Usdaw. “We have consistently argued that an injured worker faces particular difficulties in pursuing a claim for injuries sustained in the course of their employment which are at least as great as those faced by vulnerable road users, children and protected parties whom the government has already chosen to exempt from the proposed changes,” he said.

Mr Lillis said that, “whilst we continue to have grave concerns regarding the reforms which relate to road traffic accidents”, they were being implemented and so it was important that the process had clarity and was designed to be accessible to users with no legal training.

“We share [the ABI’s] concern and the call for more definitive guidance on the valuation of minor injuries associated with road traffic accident claims.

“In our view the solution is not an extension of the tariff scheme but rather a better defined range of awards that allows the injured person to have a clearer idea of what they should receive for any minor injuries sustained.”

The April 2020 reforms and their implications for claimant solicitors will be the focus of our annual PI Futures conference [1], which is being held on 25 September in Manchester.