Insurers “should be already be monitoring” Civil Liability Act savings 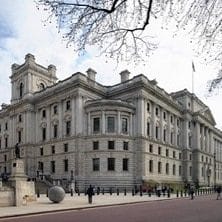 The Treasury expects insurance companies will be already be monitoring savings from the personal injury reforms set out in the Civil Liability Act and the new regime for calculating the discount rate.

Insurers are required under the Act to provide information to the Financial Conduct Authority (FCA) from November 2023 showing whether savings have been passed on to consumers.

The Treasury said, in a consultation on regulations implementing the move, that it expected that insurers “who have already priced in some changes in anticipation of the Act receiving Royal Assent will want to demonstrate this” and could gather figures for a “full year or more” before the reporting period begins and the Act comes fully into force in April 2020.

The Treasury said that this means in practice that insurers will be covering the five financial years from April 2018 to April 2023 when they make their first report.

To avoid putting “undue burdens” on smaller firms, there will be a minimum reporting threshold of 10,000 third-party personal injury policies per year before having to report.

Treasury officials said the “vast majority of the market” was above this threshold; it will be up to firms to declare whether they are in scope.

The information provided to the FCA must include audited figures for the total amount paid by an insurer to settle personal injury claims brought by third parties and the mean settlement.

Insurers must give the “total premium income from relevant policies where the cover starts in the reporting year”, the mean premium charged for those policies and the total amount by reference to the “technical price”, excluding optimisation and market pricing factors.

“After being collated and anonymised by the FCA, this information will be used by the government to assess trends and to help make a judgement on whether the market as a whole has passed savings on to their customers.”

The Treasury said requiring firms to provide totals split into bands based on settlement value was intended to show how the discount rate reforms had “impacted larger settlements, and how whiplash reforms have impacted smaller settlements”.

Insurers must also give figures for claims costs and premiums during the reporting period which they “might reasonably have expected” if the Act had not been passed.

The Treasury said this ‘counterfactual’ information must include the preceding two years’ data, where available; costs, profit or price projections calculated in advance of the coming into force of the Act which did not take account of some or all of its provisions and trends in the insurance market for that reporting year which could have the effect of “influencing or distorting” information.

As with the basic information, insurers will be required to have counterfactual information checked by a qualified auditor, who can verify that it follows the methodology set out in the statutory instrument.

It emerged in September last year that the Treasury’s first report based on the insurers’ figures of savings from the whiplash and discount rate reforms may not appear until 2025.

The consultation closes at the end of this week.

Meanwhile, according to the Association of British Insurers’ (ABI) latest motor insurance premium tracker, the average cost of motor insurance has fallen to £446, £15 less than the previous quarter and the lowest level for two years.

The ABI said the latest fall was likely to be due to some insurers passing on expected cost savings in anticipation of the reforms of the Civil Liability Act.

“However, some cost pressures remain, with rising repair costs, and the government needing to resist any temptation to further increase insurance premium tax.”