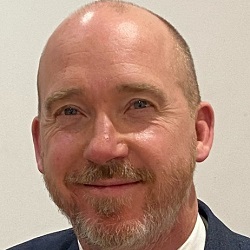 A niche alternative business structure (ABS) specialising in defending professional negligence claims has been launched this month, with investment from the insurance industry.

Damian McPhun, managing director of Edesia Law, said “a number of corporate investors” from the insurance and financial services worlds had decided to invest in the ABS.

His decision to set up the firm came after a number of insurers “expressed their frustration” about the way the market dealt with their claims, with the “downward pressure on rates” over the past 15 years leading law firms to commoditise services.

“Some firms seem only concerned with getting bigger. It’s all about costs and profitability and cases are not getting the same individual attention.

“There is a place for a smaller scale, more tailored approach to claims handling.”

The two main sources of claims Edesia was currently handled were solicitors and independent financial advisers (IFAs). Only around two-thirds of IFAs were backed by indemnity insurers – compared to 90% of solicitors – when it came to defending negligence claims.

Mr McPhun said one of the “key problems” for IFAs had been defined benefits pensions transfers, where a lot of insurers had excluded cover and there were “thousands of claims”.

After solicitors and IFAs, the professionals most likely to feature in claims defended by Edesia were insurance brokers, accountants and construction professionals.

Mr McPhun said he had recruited associate solicitor Joss Owtram and was in the process of recruiting another. Later in the year one or two more solicitors would be recruited.

He has one co-director at Edesia, a non-lawyer with a background in the insurance market, and hoped to appoint another by the end of the year.

“We’ve only been open for two weeks, but we’ve already got a huge amount of work across the professions,” he said. “Things are very buoyant.”

Mr McPhun said this was partly because of the “financial issues” caused by the pandemic and partly because when people worked remotely “things go wrong”.

One of the problems had been the difficulty in ensuring there was proper supervision, while mental health during the pandemic was “certainly” an issue.

“Lawyers and financial advisers are not immune to mental health problems, and employers need to be alive to that. If people are depressed with how things are going at home, it can lead to mistakes.”

Mr McPhun added that small, specialised law firms had been “the way of the world” in the insurance market, until everything got “bigger and more impersonal”.

Edesia was unusual in that most niche professional negligence firms were claimant firms and not defence specialists with insurer backing, the solicitor added.